If you Google the meaning for a chimera you are rather faced with an exotic explanation of "a fire-breathing female monster with the head of a lion, a body of a goat, and a tail of a serpent," which I think we can all admit seems awesome. 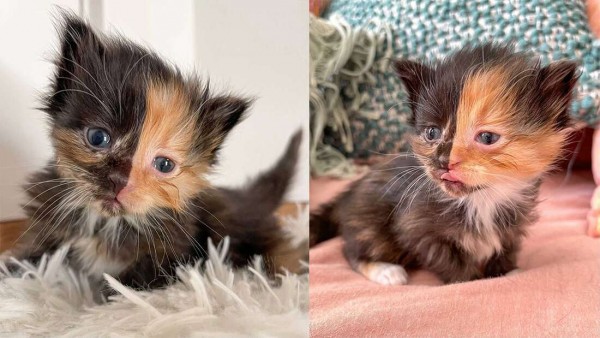 Such a beast is sadly confined to mythology but chimeras walk within us. One potential peach of an instance was introduced currently on the Instagram account @kittenitwithkiki (a page looking after and showing love to animals that visits the Nashville Cat Rescue) which released photos of a kitten that has a half black and half ginger face. They gave the precious floof a name, Apricot

"Have you met Apricot?" the Nashville Cat Rescue wrote in a post on Instagram concerning the orphaned kitten. "This unique baby was found with her brother during a construction project. The two were introduced to our mama duo, Olive and Pickle, who welcomed them into their family without hesitation."

In a message to IFLScience on Instagram, @kittenitwithkiki revealed that neither Apricot nor her littermates are ready for adoption at this point in time.

With Apricot's two-tonal face demarcated down the middle, it's likely that Apricot could be a chimera, but it can't be clarified without a DNA test. Heterochromia (having different eye color) would be another sign of a chimera but just being a juvenile, the eye of Apricot eyes have not yet ripened so it's too soon to know what the color of their eyes will be.

Many kittens begin with the closure of their eyes, and when they open them at first they will be blue. This can change when the kitten is close to seven weeks old, depending on the type of genes they possess and the quantity of pigment they code for.

Chimeras come to existence when two embryos come together in the womb, producing one animal that possesses two sets of DNA. While uncommon, there have been undisputed cases among humans with the inclusion of this man whose chimerism complicated the outcomes of his paternity test.

An American singer found out she had tetragametic chimerism after making research on an uncommon birthmark that ran down the middle of her body. Estimates differ, but most sources propose there have only been about 100 cases recorded in humans. 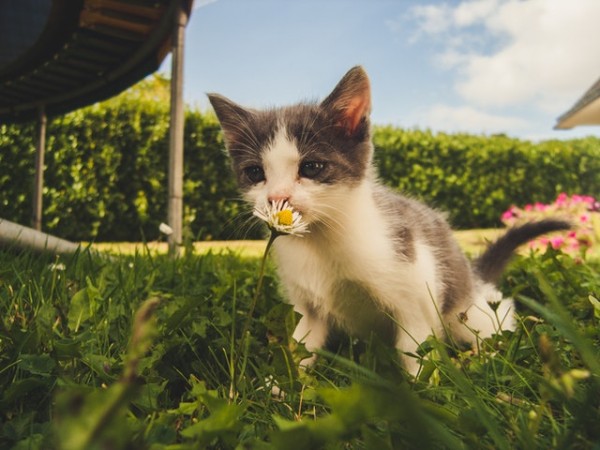 According to a professor at the University of California, Leslie Lyons, who had a conversation with National Geographic on the topic, Chimeras within cats are not so uncommon. According to Lyons, several male tortoiseshell cats are truly chimeras as their features mottled coat can be the outcome of an extra X chromosome, thereby making the animal XXY rather than XY.

Female tortoiseshells can don the coat even without the extra chromosome because they already possess two X chromosomes.

Related Article: Purrrfect! Now There's a Perfume That Smells Like a Kitten's Neck