On March 16, Haley Moore was out walking her one-and-a-half-year-old puppy, Clover, in her Ottawa neighborhood when she passed out and began having a seizure. 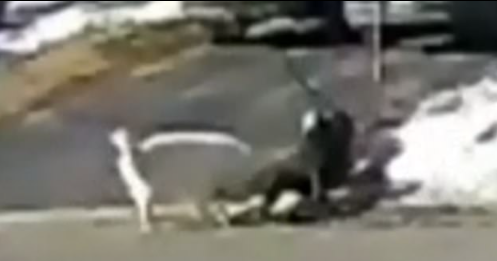 Clover broke away from Moore's hold on her collar and walked to the road to block the way of an oncoming vehicle.

When Dryden Oatway saw Clover in the driveway, he pulled over and went to help Moore while the dog searched for further help.

The Moore family is also uncertain what caused Haley's unexpected seizure, but they are glad to hear Clover keeps an eye on her.

After a seizure on their morning stroll, a Canadian woman was rescued by her family's dog, who stopped traffic and got her assistance.

Haley Moore was walking in her Stittsville, Ottawa, neighborhood with her one-and-a-half-year-old shelter dog, Clover, on March 16 when she stumbled and began to seize, according to CTV News.

'All I know is waking up in the hospital, puzzled, like what's going on,' Haley told the news agency.

The quick-thinking dog can be seen checking on Haley and watching as a moving car passes past in a video shown on CTV News.

The Maremma cross immediately takes action, releasing her leash from Haley's grip and jumping into the middle of the street to block the path of an oncoming vehicle, causing driver Dryden Oatway to come to a halt and assist her.

'It was awe-inspiring.' My route was blocked by the puppy. 'She sort of backed into the road to block my truck,' said the 21-year-old.

'She kept her eyes on [Haley] the whole time she was backing down the lane, didn't look away from her,' he said. 'She maintained her distance from me, but she made sure her owner was healthy, which was awesome.'

As Clover stood guard, Dryden desperately rang a nearby neighbor's doorbell before returning to Haley's care.

Another friend, Danielle Pilon, was immediately attracted to the dog and hopped out of her Jeep to assist.

'You could see [Clover] didn't want to abandon her even though we were with her, so I guess it just came to her that she needed to go home and tell them she needed support,' she told CTV News.

According to the outlet, Clover went with neighbors to notify Haley's relatives, and by the time her friends, Randall and Diane Moore, arrived at the scene, she was being treated by paramedics.

'Watching Clover do what she did, ensuring she took care of her human sister to the extreme...she practically put her life on the line for her girl,' Diane said.

The Moore family is also unsure what triggered Haley's unexpected seizure, but they are relieved to hear Clover keeps an eye on her.

Dog's Got Her Back 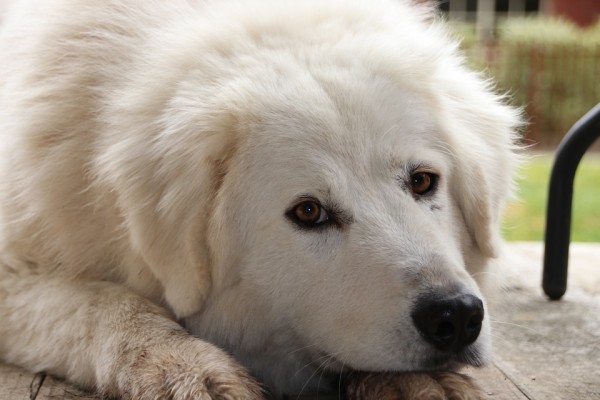 'If anything happens again, I feel ten times better, and I know she'll be there for me,' Haley said, adding, 'You know how wonderful animals are, and she's a genuinely awesome dog that I adore.'