Tar washed up on Lebanon's beaches in the southern part of the country as Mediterranean tides swept an oil spill that had hit Israel days before up the coast. The direct effect would have an impact on two underwater parks, as well as the broader climate.

More than one species of endangered turtles breeds on the Tire nature reserve's sandy beaches on the Mediterranean. However, after an oil leak off the coast of Israel early last month, tar deposits have washed up on beaches in south Lebanon. 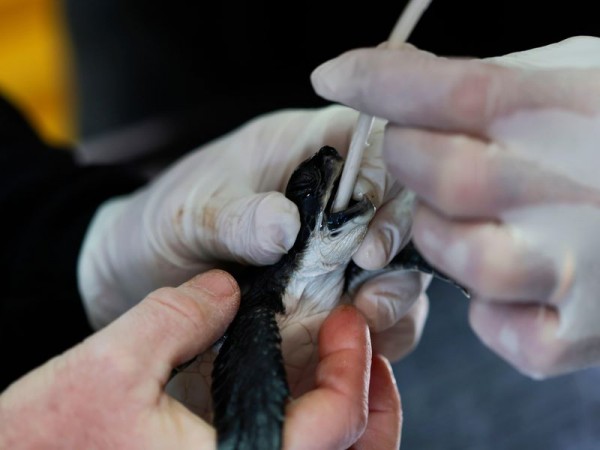 (Photo : (Photo by MENAHEM KAHANA / AFP) (Photo by MENAHEM KAHANA/AFP via Getty Images))
Workers at the Israeli Sea Turtle Rescue Center cleans a sea turtle at their center in the Israeli coastal moshav of Mikhmoret, north of Tel Aviv on February 21, 2021, after powerful winds and unusually high waves pummelled Israel's entire Mediterranean coastline earlier in the week, with tonnes of tar staining beaches from Rosh Hanikra, just south of Lebanon, to Ashkelon just north of Gaza. - The environmental protection ministry vowed to locate the source of the pollution, saying it was on a rare scale and that the cleanup was set to be "long and difficult". Volunteers from a network of NGOs began cleaning up the beaches along with the ministry, which allocated emergency funds to the relevant municipalities to expedite the manual cleaning.

Hassan Hamze, the reserve's owner, held up a tar-covered five-year-old turtle in his palm and said, "A green turtle, an endangered species, they never die too soon." "However, you can see the shades of black stuff that are enveloping him."

Hamze then pointed to a meter-long (three-foot) loggerhead turtle carapace jammed in a freezer in his office's back corner, which was also endangered. Although an investigation was pending to ascertain the cause of the turtles' deaths, he said at least four more had been discovered dead following the oil spill.

Full Extent of the Oil Spill

According to Lebanon's National Council for Scientific Research, tar-laden waves smashed up to 70 meters (230 feet) above the waterline, and the destruction is not limited to the south. The report said that the soft black substance has spread from Naqoura, near Israel, to the beaches of Beirut in the north. Worse, the clumps are between 50cm and 0.5cm in size, too small to be filtered out but large enough to disperse toxins into the sand.

Hundreds of volunteers have worked clean the beaches, but they cannot remove the more tinier tar particles from the sand.

Every summer, hundreds of thousands of Lebanese flock to a sliver of clean and cushioned beaches in the south to soak up the sun and forget about the country's economic crisis, rampant corruption, and international meddling. 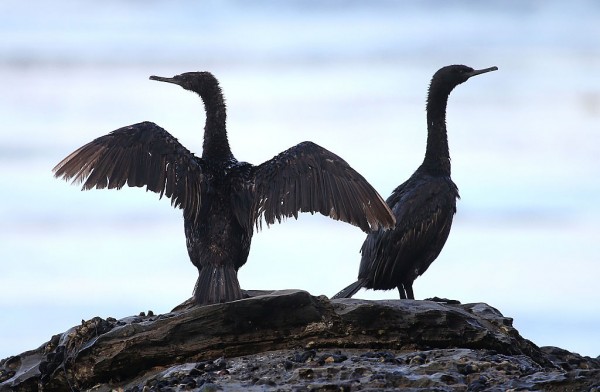 Sea birds and mammals, as well as fish and shellfish, are harmed by oil spills.

Fur-bearing mammals, such as sea otters, and the water repellency of a bird's feathers are destroyed by oils and related chemicals, exposing these animals to the elements. Birds and rodents that lack the ability to repel water and insulate themselves from the cold will succumb to hypothermia.

Oil may also entrap juvenile sea turtles, which mistake it for food. Oil can be inhaled by dolphins and whales, affecting their lungs, immune system, and fertility. When birds and animals attempt to clean themselves, they eat oil, which may poison them.

Fish, shellfish, and corals will not be exposed right away, so if the oil is mixed into the water column, they can come into contact with it - shellfish may also be exposed in the intertidal zone. Adult fish exposed to oil may have stunted development, bloated livers, altered heart and respiration rates, fin loss, and reproductive problems. Fish eggs and larvae are particularly vulnerable to both lethal and sublethal effects. Even if no fatal effects are seen, the oil will make fish and shellfish dangerous to consume for humans.