Texas Power Crisis Can Happen Everywhere Because of Climate Change

In the future, the blackouts that shut down much of Texas for most of this week could hit other areas of the country.

In a world where many consumers rely on electrical heat, the power outages continued for days, causing widespread suffering and records of fatalities. 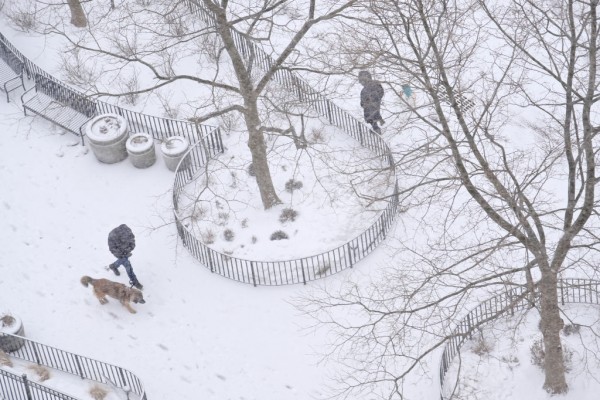 Yet experts in the area, regulators in other states, and the Federal Energy Regulatory Commission chairman have said that there are similar national preparedness concerns linked to climate change-related extreme weather events.

Related Article: Study: After Arctic Winds, 'Arctic Warming' Could Happen Next in Southern US

"There will be a next time. Climate change is unfortunately already having a dramatic effect on our weather," Richard Glick, FERC's new chairman, said at the monthly meeting of the agency on Thursday. "The challenges that climate change poses for the grid are only going to grow starker and more immediate."

This week, Texas power plants were not equipped to cope with the historic cold temperatures that cut off the natural gas supply and shut down several unwinterized wind turbines. While utilities are more fit for cold weather in the northern United States than Texas, they have their own vulnerabilities to heat waves and other severe weather conditions that are expected to become more frequent, Michael Webber, an energy management professor at the University of Texas at Austin, said. 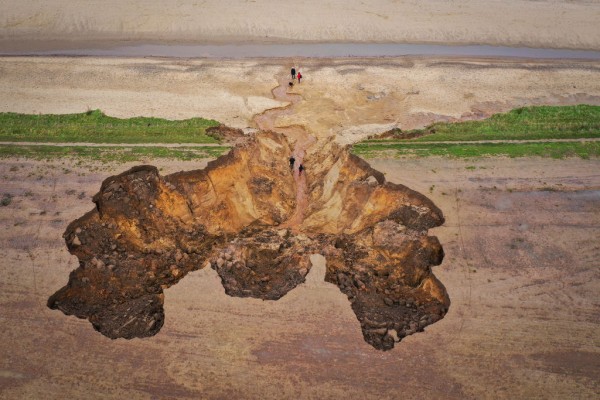 (Photo : Photo by Christopher Furlong/Getty Images)
HAPPISBURGH, ENGLAND - JANUARY 27: People walk past a recent landslip on the cliff edge and beach in the village of Happisburgh on January 27, 2021 in Happisburgh, England. Erosion of the Norfolk sandy cliffs and sand dunes has caused many buildings and farmland to be lost to the sea. The effects of global climate change causing storms and sea swells has seen the East Coast of the United Kingdom lose up to one metre of coast line each year.

Texas is somewhat distinctive because it has its own power infrastructure, apart from the two main grids supplying the remainder of the continental United States. As a result, when the hurricane interrupted service, Texas was not able to connect to nearby states.

Still, having several states on a larger grid connected together will not avoid power issues caused by severe weather.

Although the outages in Texas were the most extreme, with as much as 4.5 million customers losing electricity, as a result of the storm, about 400,000 customers in Louisiana and Oklahoma were without power, even though those states are connected to the national grid.

And it's not about the cold that threatens us. The heat wave and forest fires of last summer in California sparked a series of rolling blackouts. Research carried out by the authorities found that the grid could not satisfy the increased demand for energy caused by climate change.

To strengthen the infrastructure and make it more resilient, company leaders state they are now investing billions.

Warnings such as these have in the past gone unheeded. That includes FERC guidelines on the need for greater winterization of the Texas grid after less extreme blackouts were triggered by a cold snap in 2011.

For the climate and weather updates, don't forget to follow Nature World News!