The Mystery Behind Wombat's Cubed Feces

Behind the cute facade of a wombat is a mystery that had experts wondering for years. That is the mystery of what they literally leave behind.

Wombats are burrowing animals that live in Australia. These little rodent looking marsupials are famous for being quite adorable. They look like cute small plush animals that one can just snuggle around whenever they are feeling down. The cuteness of a wombat is undeniable, but that is not what made them the center of various scientific studies.

One does not need science to determine whether or not these animals are really cute. But, what made scientists interested in these animals is the odd shapes of their wastes. Wombats leave behind cube-shaped poops, and they're the only animals known to do so.

Wombat poo is cube shaped so they can mark their territory with it but no one knows how they make their poo square #advancedwombattechnology pic.twitter.com/fIvMhyRoWS

While this peculiarity has sparked much interest and debate, actual research into wombat scat's intricacies has been scant. That's left scientists mainly in the dark about the phenomenon - until recently.

"This study is excellent," says Sunghwan Jung, a biophysicist at Cornell University who studies the mechanics of animal movements and is not involved with the research. It shows, he says, that the guts of these animals "are very special."

Related Article: How Wombats Use Their Bums 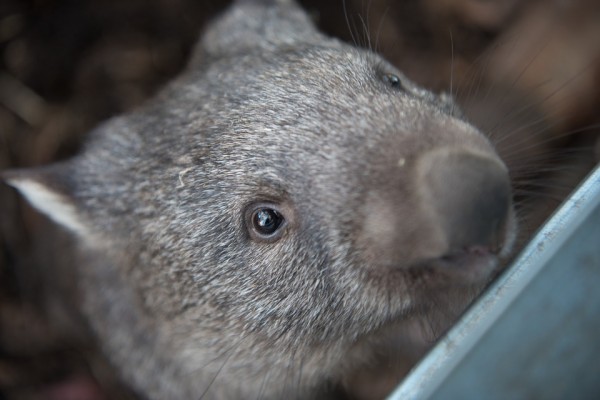 The wombats (Vombatus ursinus) are rodent-like animals that are actually marsupials. These animals can reach up to 35 kilograms in weight, and they live in the grassy areas and eucalyptus forests of the Australian wilderness. There, they spend their lives digging, burrowing, and grazing on plants.

After digesting their fair share of grass, the wombats then proceed to leave behind droppings, as all living creatures do.

They do this to mark their territories like a lot of territorial animals. But, what makes wombat scat so special is that they are naturally cube-shaped.

A study about the mystery behind the cube-shaped poops the wombats leave behind was lead by Patricia Yang, a researcher from the Georgia Institute of Technology. She specialized in bodily fluid and took an interest in the animal's droppings.

"I didn't really believe it," Yang says. But after confirming that it is, indeed, a fact, she began trying to figure out why and how, wombats poop in cubes.

The researchers dissected two further wombats and tested the guts' layers of muscle and tissue, finding regions of varied thickness and stiffness. They then created a 2D model to simulate how the parts expand and contract with digestion rhythms. The intestinal sections contract over several days, squeezing the feces as the gut pulls nutrients and water out of the feces. The team reported in the appropriately titled journal Soft Matter.

According to biomechanics researcher David Hu, the stiffer portions are "like a stiff rubber band going to contract faster than the soft region."

The team admitted that they have no idea what to do with the information and results they gathered. It won't change how the world manufactures plastic or produces materials. But, it might give engineers an idea on how to improve the designs of valuable or sensitive materials.

For more news update about the bizarre side of the animal kingdom, don't forget to follow Nature World News!