Scientists Double Effort to Find Possible Next Pandemic, Caused by Other Zoonotic Diseases

If the recent worldwide calamity proved something, it's that no one wants to be subjected to another mass lockdown ever again. Almost the majority of the population would agree that being forcefully stuck at home for long periods of time sucks. 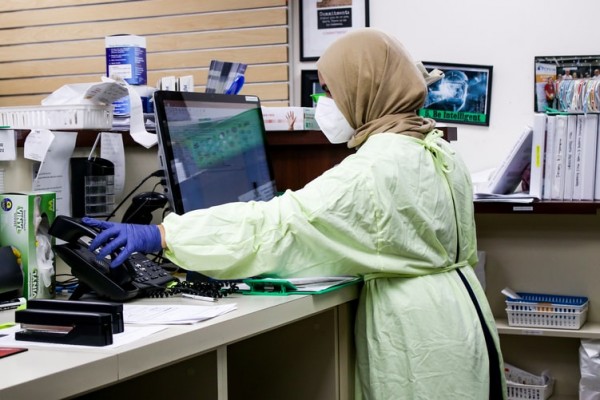 To lower the chances of another global pandemic, scientists track down zoonotic diseases that could infect humans.

According to reports, the dreadful SARS-cov-2, more commonly known as COVID-19, started spreading because one unfortunate person in China ate an infected bat. This makes the pandemic causing virus a zoonotic disease.

The dangerous These infections can cause many different diseases in people that can lead to various consequences: from mild annoyance to severe sickness or, worst, death.

These illnesses are not something new; as a matter of fact, the new Coronavirus strain was not the first global pandemic caused by the spread of a disease of a zoonotic nature.

According to the CDC (Center for Disease Control and Prevention), some of the other viruses that came from animals that lead to epidemics or pandemics are:

Zoonotic diseases are among the most common cause of ailments around the world. An estimated 6 out of 10 known infectious diseases are from animals.

How do these diseases spread?

The man-animal relationship has gone through a lot through the years. Many people consider animals as crucial parts of their lives. Be it as pets or food, animals are essential to everyone.

But, because of this closeness, sometimes it's the way the diseases spread from one species to another. Ways that these zoonotic harms can spread include:

Prevention is Better than Cure

To prevent the spread of another animal-borne illness, scientists doubling their efforts in studying already existing zoonotic diseases in hopes that they lessen the chances of them spreading, causing another global calamity.

Chris Anchor, a wildlife biologist, is using animal samples from the local wildlife to monitor the local animal population for diseases that can potentially infect humans.

"By maintaining that understanding of what [diseases are] actually out there and what's happening, it keeps us one step ahead," Anchor said. "It allows us to be proactive instead of reactive."

His actions are a part of a global initiative that aims to identify emerging infectious diseases from animals before another outbreak begins.

Zoonotic diseases might originate from animals, but if history proved something, it's that human activity makes it easier for the illnesses to spread.

"There are general things we're doing to the world that are creating conditions that favor the emergence of zoonotic diseases," Tony Goldberg, a disease ecologist and professor at the University of Wisconsin-Madison, said. "The ultimate solution is to stop those drivers, but that's easier said than done."

It's not enough to depend on scientific breakthroughs to prevent the possibility of having another global pandemic; it's also the general public's responsibility to ensure that no unnecessary interaction is done that can possibly accelerate a zoonotic infection.

ALSO READ: Treating Pets with Separation Anxiety: What to do to Keep Your Pets Feel Emotionally Safe