Major businesses in different fields are now taking over the plan to remove carbon dioxide emissions in Earth's atmosphere. Here's how they plan to do it: make a giant fan to pull CO2, trap it, and inject underground. 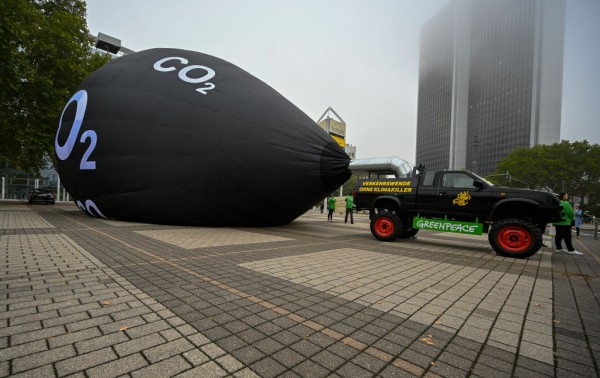 (Photo : Photo by Sascha Schuermann/Getty Images)
Greenpeace demonstrates against CO2 emissions of cars at an entrance to the IAA at the IAA Frankfurt Motor Show on September 10, 2019 in Frankfurt am Main, Germany.

Using technology, giant companies are now planning to make the 'Earth net zero' possible within the next years to come.

Few businesses already pledged to invest money in creating the most gigantic engineered carbon removal machine. But, how is it possible?

According to New York Times, companies are set to make a machine -- like a giant fan-- that will remove the 'healthy air' from 'damaged air.'

In fact, Occidental Petroleum and United Airlines already invested fund to create a "direct air capture" plant in Texas. This will be used to scrub carbon dioxide from the air, while a giant fan separates it in the atmosphere.

Once done, they meant to trap the CO2 and inject it underground. There are still no explanations on how the plant expected this to happen. 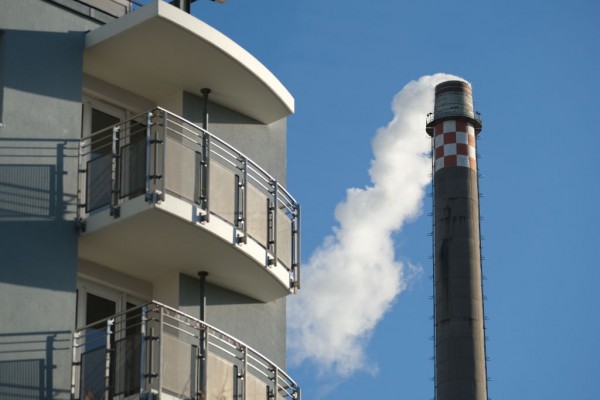 (Photo : Photo by Sean Gallup/Getty Images)
Exhaust emerges from the smokestack of a natural-gas fired power plant near a residential area in the city center on January 21, 2020 in Berlin, Germany. Germany is seeking to reduce its CO2 emissions in accordance with the Paris climate agreement.

Most companies in the world produced CO2, in order for their plant to function properly. Ironically, they can't seemed to stop this practice, so the only way to reduce it, is to create a CO2 removal machine.

Microsoft, for example, pledged to remove one million tons of CO2. United Airlines, on the other hand, vowed to become carbon-free by 2050.

"If we want to make aviation sustainable, everything has to be on the table," said Lauren Riley, managing director of global environmental affairs at United. "Carbon removal might not be a silver bullet, but we have to try."

Throughout the years, carbon dioxide has been a major problem for the planet. In fact, this is not the first time that experts have suggested to create a CO2-removing device. However, the main issue, was the money.