OSI Group Pushes for Sustainability in the Meat Industry 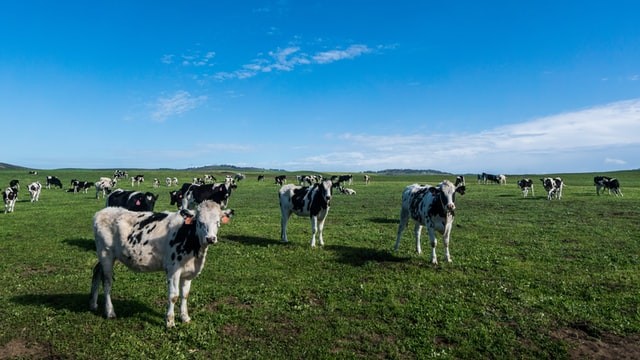 (Photo : OSI Group Pushes for Sustainability in the Meat Industry )

Most consumers don't associate sustainability with meat processing. However, sustainability is the mission of OSI Group, an Illinois-based conglomerate of meat processors that operates 65 facilities in 17 countries. According to OSI Group's website, the company's overall sustainability goal is to "maintain a positive and sustainable relationship with the people, the communities and the environments we contact. We work to responsibly manage our business within the social, economic and environmental frameworks in which we operate while continually exploring ways to improve our sustainability impact."

Those are some pretty ambitious and lofty statements. However, this company is not just "talking the talk." OSI Group applies sustainability best practices in all aspects of its work. For example, the company treats all animals respectfully and promotes good antibiotic stewardship, uses natural resources responsibly and helps to reduce risk of climate change by mitigating greenhouse gas emissions. It also makes sure that all OSI Group workplaces are spaces where everyone's rights are protected. Additionally, the company has a stated goal of giving back to the communities where it operates and to practice overall good social responsibility.

Recently, OSI Group has entered into partnerships with members of the US. Roundtable for Sustainable Beef (USRSB) who are also interested in sustainability in an effort to help ranchers and farmers improve grazing conditions and practices in the Northern Great Plains area of Montana. These partnerships are designed to promote and instruct ranchers and farmers on more restorative grazing methods. The goal of this group is to expand the program to include 200,000 acres of Montana grassland. Restorative grazing includes practices like rotational grazing, which involves moving livestock on a regular schedule to different pastures. This practice works to stimulate vegetation growth in the different areas and allows longer periods of rest for the areas that cattle previously occupied. Some of the many benefits of restorative grazing include improving overall soil health and reducing ranchers' carbon footprint.

Interestingly, OSI Group, which has supplied beef burger patties to McDonald's restaurants for more than 65 years, has recently partnered with Impossible Foods (IF) to create and distribute the Impossible Burger, a plant-based alternative to a traditional hamburger that mimics real beef in color, texture and taste. This partnership, which began in early 2019, allowed IF to immediately double its production capacity and will quadruple it down the road. The Impossible Burger is available at select food outlets in the United States and beyond, including Burger King, Cheesecake Factory, White Castle, Applebee's, Red Robin and a variety of pizza restaurants.

In explaining this unconventional move to farmers, David McDonald, president and Chief Operating Officer of OSI said, "Expanding into plant-based proteins is an addition to our company's product offering, not a replacement. OSI is committed to supporting sustainable farming and agriculture and will continue to put sustainability for all our supply chains and operations at the forefront of our mission."

OSI Group has been recognized by numerous organizations. These include the Sustainability and Environment prize from Spain's Meat Industry Association, a number of North American Meat Institute Environmental Recognition Awards, environmental prizes from the British Safety Council and, in 2017, the 3-Star Good Production Chicken Award in China.

In addition, OSI Group leadership has been recognized. For example, The North American Meat Institute (NAMI) honored President and Chief Operating Officer David McDonald with the E. Floyd Forbes Award in 2019. The company's Chairman and Chief Executive Officer Sheldon Lavin was inducted into the Meat Industry Hall of Fame in 2013 and NAMI presented him with the Edward C. Jones Community Service Award in 2016.

The OSI Group was founded in 1909 as a Chicago-area meat market in the suburbs of Chicago. It expanded into the wholesale meat trade in 1917, then became known as Otto & Sons in 1928. Over several decades it established a local reputation for offering quality meats.  The company expanded in 1955 when it became the first of the four suppliers of fresh beef to Ray Kroc's first McDonald's restaurants. It's a relationship that continues to this day. "Forbes" magazine included The OSI Group in 2018 as #68 on its list of America's largest privately-held companies. OSI Group facilities employ more than 20,000 workers worldwide and produce a variety of private-label meat products, including bacon, hot dogs, pizza, pork, poultry and fish. The company's reach has expanded considerably from Chicago and now includes facilities in China, Australia and Europe as well as the United States and Canada. In addition to McDonald's, OSI Group provides products to a number of other leading restaurant and retail brands.