The movement toward alternative clean energy has been an important first step. But significant challenges remain. Most of the popular alternative energies require government subsidies and a large investment of capital. Wind and solar, for example, are geographically challenged, meaning they don't work well in cold places or where it isn't windy. And often, where a new technology does work, it remains a challenge to transfer the energy to the grid. These are some of the gaps that business innovator Craig Bouchard saw-and was inspired to co-found Ecolution kWh with Johanne Medina and Johnny Then-Gautier.

These individuals are passionate about affecting sustainable change in the clean energy sector. Their company pushes the envelope in what is lacking in our supply of electricity. Ecolution has designed a reliable mobile power plant in the form of fleets of moving vehicles. This novel idea can be a gamechanger in the trucking, train, and subway industries, and -can lower carbon emissions worldwide. Ah, that piqued your interest? Let's know more.

WHAT IS A MOBILE POWER PLANT?

Power is generated through moving vehicles, this is a constant. The issue is that this power in the form of kinetic energy is allowed to dissipate as heat, noise, and vibrations on conventional vehicles as they slow down. Think of the power required to be generated to move a 20 million pound train from stationary to a speed of 50 kilometers per hour. It's an enormous amount of power. Then the train pulls into a station and stops. That kinetic energy has been wasted and must be generated again. This happens somewhere every minute of the day. The potential in conserving and using this kinetic energy is boundless. The founders at Ecolution KWH have been granted a US patent for the technology to capture this energy, and transfer it to a battery pack at the train station, allowing that station to become the e-mobility center of its community and, in fact, power the entire town. In essence, this becomes a mass recycling of wasted power.

A mobile power plant guarantees self-sufficiency to places that don't have enough power to meet demand. Imagine what it can do for the infant Electric Vehicle (EV) market. For the first time, we can envision a solution for its drawbacks, ie. extending the range of electric trucks, exorbitant infrastructure costs for recharge stations, high recharging prices at those stations, and very high cost of high energy density batteries. It has been difficult for EV Trucks to gain widespread adoption with these glaring disadvantages.

Like all remarkable innovators in history, Craig Bouchard, Medina, and Then-Gautier committed to their vision, recruited a circle of talented people determined to make it work, and formed their company to attack the problem of carbon emissions in the transportation sector.

The Ecolution technology is branded as the "Module Active Response System," and it is patented. Three more patents are pending around the world. MARS exists as a collection of components that have been customized and tailored to capture kinetic energy as the vehicle moves. The vehicle then stores the energy in a swappable battery pack and distributes it from there to where it is needed.

HOW DOES MARS WORK?

MARS is quite straightforward in practical use. An alternator is attached to a brake disc, on the axle. Electricity is generated and transferred through a converter to a high energy density battery pack in the vehicle.

Through telemetry software, energy stored in the battery can be distributed from the trailer to other parts that require power to function. Energy losses are measured and controlled to a minimum. Moreover, the presence of MARS within the trailer or train car does not affect performance as the alternators run most practically in the slowing of the vehicle, assisting in the slowdown. Alternators can be automatically engaged or disengaged as the customer sees fit depending on how much energy they wish to generate. Components are off-the-shelf and available.

MARS offers efficient energy usage and minimizes wastage. The Law of Conservation of Energy is fully respected.  Ecolution offers a self-sufficient power grid. One that moves clean energy to where it is most needed.

Energy and climate have been two peas in a pod in political discourse. Attention has been focussed on this area recently with the collapse of the Paris Accord. Some countries appear not to care. Others have devoted themselves to a decades-long race to fully transition from fossil fuel to clean energy. The goal for those who are serious about saving the planet is commonly stated as "Net-Zero-Carbon Emissions." For instance, the nation of Japan recently announced its national goal to reach net-zero carbon emissions by the year 2050.

Governments, as well as many companies, have set priorities to increase the use of renewable energy. The USA indicated a vague 15-year deadline to achieve 100% clean energy, up from the 11% it currently holds. But, The US then backed out of the Paris Accord. Norway leads the pack of doers; with over 68% of its energy-yielding zero emissions.

One thing is clear.  Diplomats have failed to produce tangible commitments to achieve a global standard that is acceptable.  It falls to the industrial leaders to take a leadership role if we are to save our climate. This makes Craig Bouchard's technology development within Ecolution an important step forward. 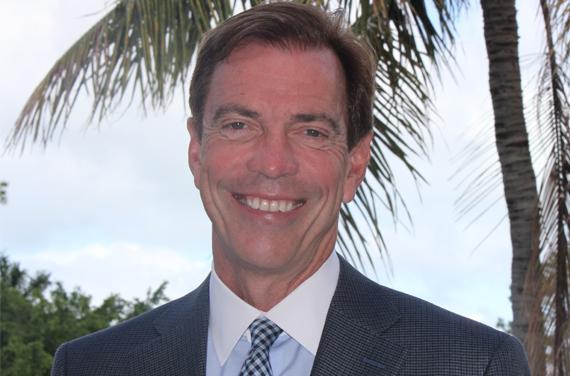 Craig Bouchard is no stranger to building companies to scale. He grew Esmark from a $4 million revenue in 2003 to nearly $4 billion in only 4 years. Esmark became the highest appreciating stock on either the Nasdaq or NYSE for the full year 2008.

Craig Bouchard can be considered a serial entrepreneur with unique business acumen. He engineered the first-ever "reverse hostile tender merger" on Wall Street where he removed a company's board at an annual meeting and merged his company and merged his small company with the target.

Craig successfully co-founded three metal companies that have achieved roughly one billion dollars in revenue in less than two years. And in 2018, he was a finalist for the S&P Platts Award for CEO of the year within the Global Metals Industry.

Over five years time, much time and resources were expended on Ecolution's technology. In fact, the first Patent was applied for in 2016 and granted in June 2020. Three additional patents covering trains and subways have been applied for, globally.

The company intends to be a global power company with strategic partners targeted in North America, Europe, and Asia.

Ecolution has a goal to eliminate 5 million tons of CO2 from the atmosphere annually when its technology is adopted. They believe that their intellectual property will provide a competitive edge for the next 20 years. It can be said that Ecolution is well on its way to unveiling the first zero-emission reefer trailer. Then the focus will shift to trains and subways and the building of a rolling electric grid worldwide.