Massive amounts of plastic waste are found in the camel guts of dromedary camels in the United Arab Emirates and scientists estimate that this phenomenon has killed around one percent of these culturally significant animals.

Marcus Eriksen, an environmental scientist at the 5 Gyres Institute, camel expert Ulrich Wernery, and their colleagues say that plastic wastes have not only killed marine mammals, sea lions, whales, turtles, and seabirds, but it has also taken a toll on large animals on land. 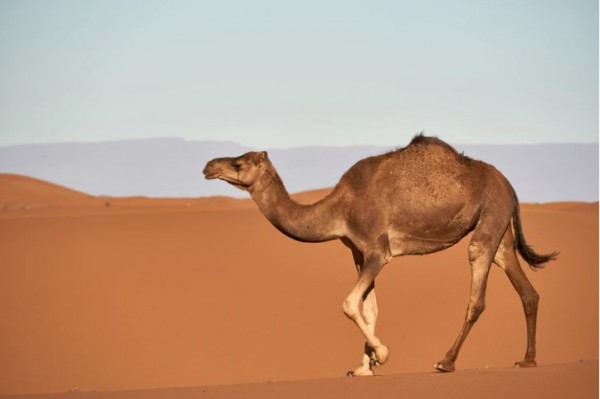 Eriksen and Wernery said that massive lumps of plastic wastes, as big as a medium-sized suitcase are found in ribcages of dead camel's guts.

Wernery, a veterinary microbiologist based at the Central Veterinary Research Laboratory in Dubai said that of the 30,000 dead camels that he and his colleagues have examined since 2008, 300 of these had guts that contained three to 64 kilograms of plastic wastes which researchers dubbed as "polybezoars", the plastic variation from the naturally occurring hair and plant fiber "bezoars. "

Camels mistake plastics for food, thus they search for food and eat plastic wastes that are scattered into trees and along roadsides.

As the camel's stomach becomes filled with plastic, camels will not feel hunger thus would not eat and then eventually starve to death. These plastics are also sources of toxins and bacteria that poison camels, Wernery explained.

According to an environmental scientist at the Norwegian Institute for Water Research in Oslo, Luca Nizzetto, "If 1 percent mortality due to plastic is verified by future and more detailed studies, then plastic pollution will certainly represent a reason of concern for [camels]."

A ban on single-use plastics

Eriksen suggests that a ban on plastic bags and single-use plastics is important to protect camels and other wildlife from further damage.

The good news is, the Environment Agency - Abu Dhabi (EAD)  plans to make the emirates free of single-use plastic bags by 2021.

The policy will be implemented over the next two years in collaboration with government and private stakeholders such as the Emirates Nature WWF.

The policy would include developing meaningful legislation to limit the use of all plastic materials in Abu Dhabi gradually, on a phased approach complemented with incentives. The policy identifies and targets the 16 single-use plastics that are the most common of the marine wastes.

The targeted plastic wastes include plastic bags, beverage cups and lids, plastic cutlery, straws and stirrers, and food containers. Meanwhile, a plastic bottle return deposit scheme may also be made.

These revolutionary policies may prevent plastic wastes from getting into the camel guts and save these culturally important animals.

READ NEXT: Massive Amount of Microplastics Present in the Seabed of Antarctica and Polar Seas

Check out for more news and information on Microplastics on Nature World News.