Also, tests confirmed that the barrier is affecting weather in space beyond our atmosphere. This means that human activity has been affecting space, as well.

This prompted scientists to propose that a geological epoch be named after humanity due to our severe influence. They want to call this epoch the Anthropocene. However, it is good to know that the bubble we created in space is beneficial to us.

Eight years ago, two space probes were launched by NASA. These Van Allen probes were the ones that detected the strange low-frequency barrier while they were monitoring charged particles that were caught in our planet's magnetic field.

These particles were dangerous discharges from the sun, but they were being blocked by the barrier.

The researchers found that the barrier has been pushing the Van Allen radiation belts away from our planet in the course of the last few decades. Now, the lower ranges of its radiation streams have been pushed further away compared to their position during the 1960s.

The researchers published their findings in the journal Science Space Reviews.

The cause of the barrier 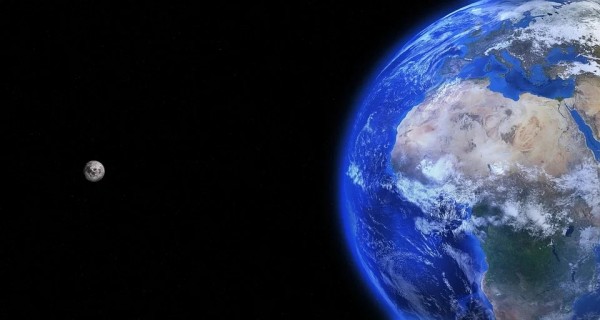 VLF or very low-frequency transmission from radios are now much more common than their occurrence during the 1960s. The NASA researchers found that it influences certain space particles.

Because of the VLF being emitted by humans, there is now anthropogenic space weather. According to MIT Haystack Observatory's Phil Erickson, under the proper conditions, VLF frequency radio signals can affect the radiation around our planet.

VLF is often used by scientific, military, and engineering operations. Their range is from 3 to 30 kilohertz, which is too weak for audio signals. However, it is the ideal range for coded messages transmitted via deep-sea or over long distances.

Deep-sea submarines commonly use VLF for communications. Communications across mountains and varied terrain also use VLF because its large wavelengths diffract around huge obstacles like mountain ranges.

VLF was never intended to leave Earth. However, it has been found that VLF has been leaking to space, and has lingered around our planet and formed a massive, protective bubble. The probes found that the VLF bubble's outer borders almost exactly corresponds to the Van Allen radiation belts' inner edge.

Also, they realized that our unintentionally made barrier actually progressively pushed back the charged particles in the radiation belts. Dan Baker, a research team member from the University of Colorado Laboratory for Atmospheric & Space Physics, called this an impenetrable barrier.

The VLF bubble may be our best influence on space. Other influences we made have been more destructive. Nuclear explosions have formed artificial belts of radiation near our planet, and according to NASA, this has caused major damage to many satellites orbiting the Earth.

Other human impacts on space include experiments on chemical release and the heating of our ionosphere by high-frequency waves. This latest discovery by NASA space probes showed how influential human activities can be not only on Earth but above it, as proven by the man-made barrier we inadvertently created.

Check out for more news and information on Earth on Nature World News.