A significant source of air pollution in Northern India comes from stubble burning.

Stubbles are left-over straws from grain crops that farmers burn. Its smoke reaches up to 250 kilometers (or 155 miles) to Delhi. 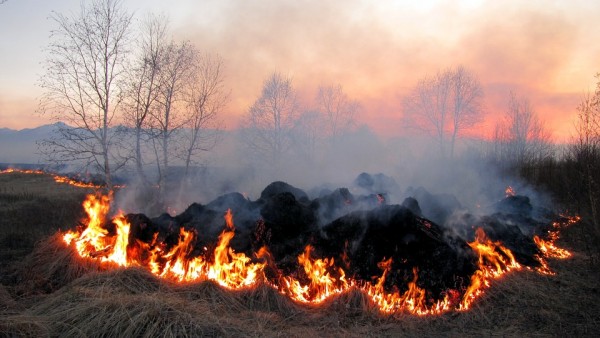 READ: Study: Clean Air Act Averted the Loss of 1.5 Billion Birds in the Past 40 Years

Various governments have not successfully stopped this practice, whether through alternatives, financial incentives, banning and fining, and even jailing farmers.

Farmers awaited rewards for not burning stubbles, but these did not materialize, so they now went back to burning them.

Policies and a broken system

Over many decades, bulk production has been incentivized, which encouraged farmers to plant more due to subsidies and farmer-friendly policies during the 1960s. This made Haryana and Punjab the largest grain contributors in India.

Now, even if the granaries of the country are already full, the system still has not changed, taking its toll on the air due to the pollution it causes.

Voters are critical for politicians so that fines and bans against erring farmers usually go unenforced. According to Avinash Kishore, an agricultural economist, politicians do not dare risk angering thousands of voter farmers.

Farmers complain that they are mostly blamed, even if stubble fumes are not the only cause of air pollution in Delhi. There are many others, such as incineration, dust, vehicular and industrial emissions, and the weather.

The warm breezes of summer cause stubble fumes to rapidly dissipate. In winter, however, the lower wind speed and low temperatures cause the smoke to spread widely and far.

According to Gulati, stubble fumes may be the cause of one to 42 percent of the pollution in Delhi depending on the direction and speed of the wind. However, according to a new report from the ministry of the environment, this has grown to an average of 10 to 15 percent in the past two years.

Alternative technologies have been introduced by the government, such as the Happy Seeder machine with a tractor that sows wheat and removes paddy straw simultaneously. While being fast, effective, and eco-friendly, it was very expensive, despite government subsidy.

Another solution offered was the bio-decomposer which converts crop residues to manure in just over two weeks. This is problematic as well due to the disruption it causes the timing of planting and its consideration of the water supply during summer.

According to Gulati, crops besides paddy should be subsidized, incentivizing farmers to shift to vegetables and fruits. These crops do not have stubble, reducing the need for burning.

In addition, Gulati says India's topography is not suited for paddy, which requires a lot of water. Punjab does not have high groundwater. He added that intensive paddy farming rapidly depleted water tables.

Check out more news and information on Air Pollution on Nature World News.