The Smithsonian National Zoo is asking the public to help them decide a name for the new giant panda cub.

And anyone can vote on their favorite name.

The giant baby panda that needs to be named is a 9.2-pound male, which was born on August 21 at the David M. Rubenstein Family Giant Panda Habitat. The celebrated birth was live-streamed on the Zoo's Giant Panda Cam. The baby panda has then earned more than one million viewers who have been checking on his developments.

Pandas have become an icon of hope for wildlife conservation around the world. In 2016, the species have improved its status from "endangered" to "vulnerable." The species has been on the International Union for Conservation of Nature's endangered species list for 25 years.

Despite the success in its conservation efforts, there are only 1,800 pandas in the wild, based on the 2015 survey. 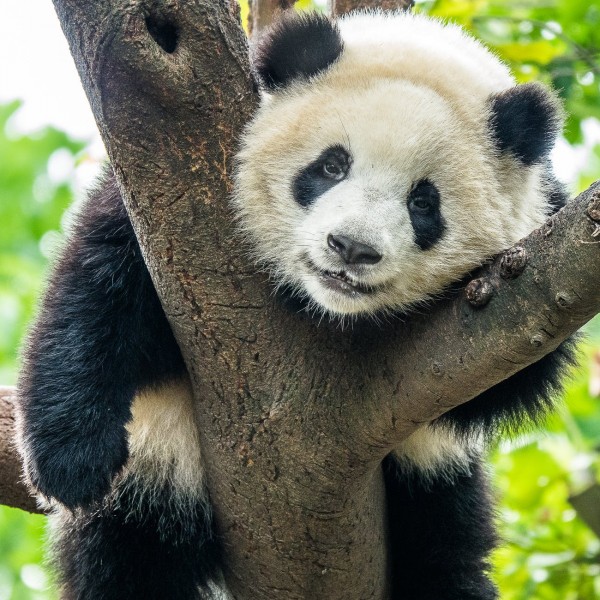 (Photo: pexels)
The Smithsonian National Zoo is asking the public to help them decide a name for the new giant panda cub.

What's in a baby panda's name?

The cub was born during the COVID-19 pandemic and most parts of the world are in a stay-at-home order to curb the spread of the coronavirus. The birth, therefore, calls for a celebration, and the possible names reflect the cub's much-welcomed arrival during these extraordinary times.

The names and its corresponding meaning are as follows:

Voting of the name will be at the Smithsonian National Zoo's website from November 16 to November 20, with a maximum vote of one per day. The name will formally be announced on November 23.

READ ALSO: Nearly 50 Species of Birds and Mammals Are No Longer on the Brink of Extinction

The baby panda's mother is 22-year-old Mei Xiang, the oldest giant panda in the United States to give birth. On March 22, Mei Xiang was artificially inseminated using frozen semen from the Zoo's 23-year-old male Tian Tian.

This marks the first event where a zoo in the United States was able to induce a successful pregnancy and birth through artificial insemination using frozen semen.

Mei Xiang has previously given birth to three surviving pandas: Tai Shan, Bao Bao, and Bei Bei. These pandas are now in China in compliance with an agreement with the China Wildlife Conservation Association which requires all cubs born at the Smithsonian National Zoo to be transferred to China when they reach four years old.

The birth of the cub is a victory among zoos and captive breeding programs, especially that pandas are difficult to breed in captivity. Mei Xiang is also at an advanced maternal age, and female pandas normally stop being fertile after their early twenties, thus making this birth remarkably special.

Mei Xiang and her baby panda were housed at the David M. Rubenstein Family Giant Panda Habitat after birth which was then closed to the public to lessen disturbances. The Smithsonian National Zoo in Washington, D.C. is already open but visitors must secure a free-timed entry ticket before their arrival. The Giant Panda Habitat remains closed, however, to provide the mother and the yet-to-be-named cub a quiet solitude.

READ NEXT: COVID-19: Zoo's Conservation Work at Risk of Closure Due to Funding Crisis