An inquiry on the bushfires in Australia has warned about the 'compounding disasters' that are coming, as the fires continue to displace and kill wildlife and devastate the economy.

The bushfires in Australia from 2019 to 2020 are historic in that they killed and displaced almost three billion wild animals, and causing losses for the economy estimated at seven billion US dollars.

Last Friday, the inquiry advised Australians to be ready for more overlapping and "compounding" crises that will be more costly, more frequent, and more severe. These are disasters caused and worsened by climate change. 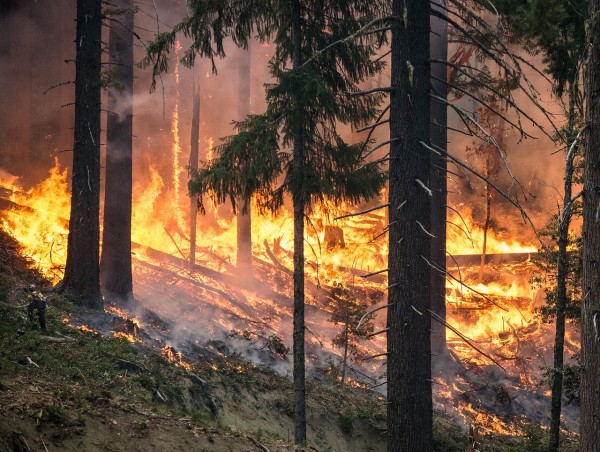 (Photo: Pixabay)
An inquiry on the bushfires in Australia has warned about the 'compounding disasters' that are coming, as the fires continue to displace and kill wildlife and devastate the economy.

A future of disasters

A formal, ad-hoc, major public inquiry or Royal Commission said that the bushfires, which used to be unprecedented, are now part of Australia's future, and that Australians should prepare for it.

The inquiry was referring to the devastating fires from 2019 to 2020 which killed 33 individuals and devastated a region as large as Ghana or the United Kingdom.

The Commission has predicted a future for the country in which disasters are sadly more severe and more frequent. It said that Australia can expect additional consecutive and concurrent disasters.

In the past 12 months, the country experienced bushfires, heatwaves, and drought. These were then followed by the pandemic, flooding, and severe storms.

The bushfires ended last March, leaving a path of destruction that left billions of wildlife displaced or dead and devastated the economy by billions. Despite this, the commission said that the disasters will even increase the yearly cost in terms of damages.

It said that disasters will cause losses amounting to approximately 27 billion dollars by the year 2050. This figure has not even considered the effects of warming due to climate change.

The report heavily focused on climate change and global warming impacts. These, the Commission says, will produce extreme weather events and other disasters. The report further stated that global warming is inevitable for the coming two decades.

Due to the climate crisis, global sea levels are expected to continue rising. In addition, while the frequency of tropical cyclones may be expected to decrease, their intensity will increase. Bushfires and floods are believed to increase in both intensity and frequency.

The report generated 80 recommendations, including the better gathering of data and better projections regarding climate change effects in specific areas.

Unfortunately, experts pointed out that the report did not call on the government to act on the problems and find solutions. The government has so far been slow in implementing countermeasures.

According to Michael Clarke, an ecologist from La Trobe University, solutions should be sought, instead of just collecting data or treating symptoms. It is worth noting that Scott Morrison, the Prime Minister, repeatedly downplayed the connection between the bushfires and climate change. He continued to reiterate his commitment to maintaining Australia's status as one of the leading natural gas and coal exporters in the world.

The country has been especially prone to bushfires, with dozens of bushfires inquests already conducted regarding their causes and mitigation. Unfortunately, the many recommended measures against bushfires in Australia, issued by these inquiries since the 1930s, are yet to be implemented, thus not benefitting the economy or the affected wildlife.

READ NEXT: Louisiana Governor Declares the Storm State of Emergency Before Hurricane Zeta Arrival as It Approaches Gulf Coast

Check out more news and information on Climate Change on Nature World News.