North Carolina Warning: Bear Activity on Rise as They Prepare for Hibernation

Bears are particularly busy these days as they prepare themselves for hibernation. Thus, their search for food might bring them closer to humans in North Carolina.

In fall, bears tend to eat more than their usual portions to fatten up for winter, the North Carolina Wildlife Resources Commission said in a news release last week. 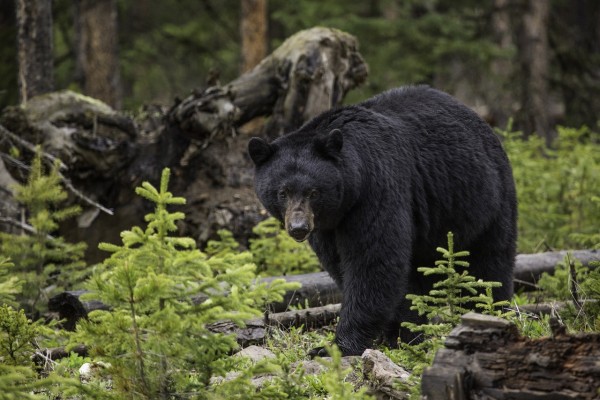 (Photo: Pixabay)
Bears are particularly busy these days as they prepare themselves for hibernation. Thus, their search for food might bring them closer to humans in North Carolina.

North Carolina has one species of bear: the Black bear. These bears thrive in the eastern and western parts of the state and often live in swamps or forest areas.

The adult females weigh 100 to 300 pounds, while males can weigh up to 700 pounds or more. During the fall season, bears resort to hyperphagia or eating about 10 times more calories than they can eat in spring and summer to catch up on their weight to prepare for hibernation in the winter.

The North Carolina Wildlife Authorities also warned that in order to find those extra food sources, bears would venture outside their normal ranges thus, they may come near residential homes, campgrounds, trails, and even attempt to cross busy highways in search for an extra food source.

They hide in their dens to hibernate between "late October and mid-January, and emerge in March or early April, depending on the weather and availability of food, the NC Wildlife Resources Commission said.

As they emerge from their deep sleep, citizens are advised to take precautions again as black bears wander to search for their mate in the late spring. While searching for partners, they may be attracted to the food in the residential areas, the US Fish and Wildlife service warn.

How to Stay Safe From Bears

N.C. Wildlife Resources Commission provides some advice on how to stay safe:

What to Do When You Encounter a Bear?

READ NEXT: Animal Attacks: Is Playing Dead the Key?