E. Coli Can Improve Photosynthesis With the Use of the Rubisco Enzyme

Scientists have found that E. coli can improve Photosynthesis, engineering a key Rubisco enzyme from plants, and putting it inside Escherichia coli bacteria to make an optimum environment for quickening the photosynthetic process.

The Holy Grail of Crop Production

This is considered a big step in improving the yields of crops. Researchers from Cornell University engineered a plant enzyme needed for Photosynthesis. They described the procedure in their publication entitled: "Small subunits can determine enzyme kinetics of tobacco Rubisco expressed in Escherichia coli." It can be accessed in Nature Plants.

Scientists have always wanted to accelerate Photosynthesis because they know that faster Photosynthesis correspondingly increases crop yield. In the photosynthetic process, plants use CO2 or carbon dioxide, light, and water to produce oxygen and create sucrose, a sugar molecule that they need to make energy and build plant tissue. 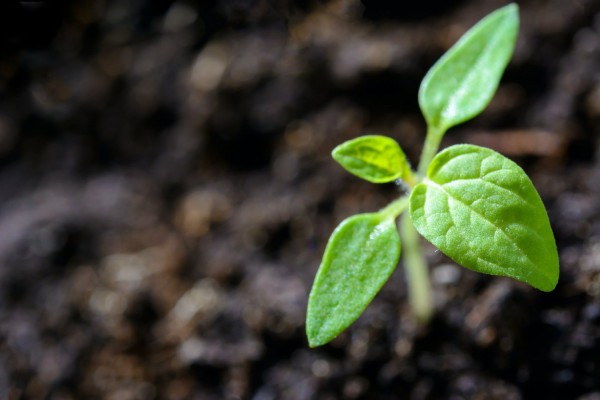 (Photo: Pexels)
Scientists have found that E. coli can improve photosynthesis, engineering a key Rubisco enzyme from plants, and putting it inside Escherichia coli bacteria to make an optimum environment for quickening the photosynthetic process.

In an attempt to help plants accelerate Photosynthesis, researchers turned to the enzyme called Rubisco. This slow enzyme is used by plants to fix or pull the carbon dioxide to manufacture sucrose. Plants then use CO2 together with Rubisco to catalyze oxygen reaction obtained from the atmosphere. When this occurs, a toxic by-product is created while the plant wastes energy, causing an inefficient way of photosynthesizing.

In other words, it is preferable if Rubisco can work more quickly and has no interaction with oxygen, according to Cornell University plant molecular biology professor Maureen Hanson.

The research team attempted to achieve this by extracting Rubisco from the tobacco plant and engineering it into the bacteria E. coli. Tobacco is a commonly used research plant model. Hanson says that the team then mutated the enzyme to incorporate and test it in the bacteria.

The rationale for using bacteria is their rapid reproduction. Their life cycle is also much faster. Thus, researchers can test the genetically altered enzyme into the bacteria and produce results after just one day. In contrast, introducing the Rubisco in a plant in an experiment may take months to produce a result.

In a past study that also engineered Rubisco from tobacco into the E. coli bacteria, the enzyme's expression was feeble. Rubisco in plants has eight large and small subunits each, and while one gene encodes every large subunit, several genes encode every small subunit. This complex enzyme assembly process and the presence of many enzyme versions in plants made Rubisco hard to study.

The research team successfully broke down this process and expressed just one large subunit and one small subunit in the E. coli to determine the enzyme's properties. Thus, they achieved the enzyme's expression, which matched the one seen in plants.

The team also discovered how a subunit of Rubisco present in the tiny hairs of plant leaves known as trichomes worked faster than subunits present in leaf cells.

According to Hanson, they can now engineer new Rubisco versions in E. coli to determine the enzyme's better properties, then put the improved enzyme in a crop plant to increase its Photosynthesis and produce more yield.

READ NEXT: Berkeley Says California Temperatures Ideal for Some Crops but Too Warm for Others

Check out for more news and information on Agriculture on Nature World News.