The Pantanal is known for its immense biodiversity and is the known habitat for jaguars, a species tagged by the International Union for Conservation of Nature (IUCN) as "near threatened" because of its declining numbers.

The fires that are currently raging here threaten the jaguar population, according to Brazilian authorities. 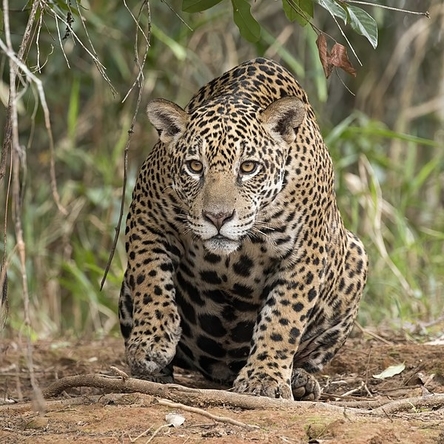 The Pantanal is an area of over 42 million acres. It is the largest and one of the most pristine tropical wetlands in the world. It encompasses three countries in South America, namely Brazil, Paraguay, and Bolivia, supporting millions of lives and communities in the Rio de la Plata Basin.

The Pantanal has more land area than 29 states in the U.S., including Wisconsin, Florida, New York, and at least nine European countries, including Ireland, England, Hungary, Austria, and Greece. It is composed of 3 percent of the entire planet's wetlands, and it remains pristine and intact compared to the majority of wetland systems.

It is a refuge for iconic species of wildlife, including the largest crocodile population worldwide, having around 10 million caiman individuals. The largest American felines, the jaguars, prey on caiman in this area; Pantanal also has one of the world's largest jaguars populations.

It also harbors the world's largest parrot, the hyacinth macaw.

The protected areas include parts encompassed by the Ramsar Convention, which requires nations to conserve wetlands. Some are Biosphere Reserves and UNESCO World Heritage Sites.

The three countries on which it is located, Brazil, Paraguay, and Bolivia, are finding new means of managing the Pantanal across their respective borders, developing an l mutual agreement for sustainably developing and conserving this globally crucial freshwater resource.

READ ALSO: Small Drought-Resilient Trees May be the Future of the Amazon Rainforest

According to the Mato Grosso state government, the military's firefighters deployed two reinforcement teams today in response to a fire in the Encontro das Aguas State Park. Aside from this, there are 46 ground fighters already on the front.

According to satellite data from the INPE, Brazil's national space agency, there were already 12,102 fires this year in Brazil's side of the Pantanal, which is more than all the fires that occurred from 2018 to 2019.

Last July, satellites found 1,684 fires in this region, three times more than the fires in July previous year. It is the worst month INPE has recorded since it started monitoring back in 1998.

The Encontro das Aguas State Park is crisscrossed by five rivers and spans 109,000 hectares or 270,000 acres. It is located in the western-central region of Brazil. According to state authorities, firefighters are now trying to protect their farms and hotels and the park itself.

At the same time, Brazil is also trying to fight the surging fires plaguing the Amazon. Last month, the fires there numbered 29,307, the second-highest number within a decade for August.

Last year, these fires caused widespread international condemnation. They pressured Jair Bolsonaro, president of Brazil, who downplayed the rainforest's destruction and wanted protected lands to be accessible to agriculture and mining.

According to experts, most of these fires are being intentionally set, usually by ranchers and clearing land farmers. Together with the fires threatening the Brazilian Pantanal, this is sad news for the world's biodiversity, its jaguars, and its biological reserves.

Check out more news and information on Natural Disasters on Nature World News.