30,000 Tons of Sewage Sludge from Netherlands to Enter UK 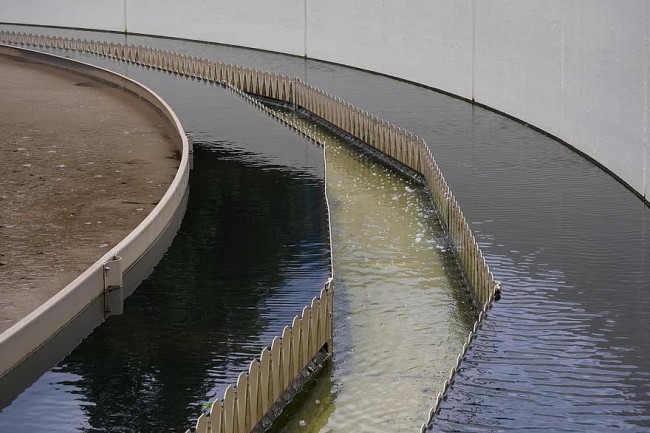 Dutch authorities are planning to send their sewage to the U.K. Using sludge as fertilizer is allowed in the U.K. but is prohibited in the Netherlands. Instead, Netherlands prefers incineration, but after an Amsterdam incineration company experienced difficulties, the country was left with little disposal options.

In February, the U.K.'s Environmental Agency issued a permit for the shipment of 27,500 tonnes of municipal sewage sludge, Greenpeace disclosed.

Concerns on the Safety of Sewage Sludge as fertilizers

An Environmental Agency report from 2017 cited that the use of sewage for fertilizers is laden with human health risks. The sludge contains E Coli, salmonella, persistent organic pollutants, heavy metals, and microplastics.

The report also revealed that the sludges are contaminated with microplastics, making soil "unsuitable for agriculture."

Another concern raised is that sewage fertilizer encourages the growth of superbugs, which are resistant to antibiotics. The sewage can be a source of antibiotic-resistant bacteria and antibiotic residues.

The Sewage Sludge from the Netherlands

The sludge's origin is from the Amstel, Gooi, and Vechtwater board but was not revealed.

In the U.K., sewage sludge as fertilizer on farmlands is legal, but it must be treated first and then applied as fertilizer in compliance with strict safety regulations. However, rules are not always followed, according to the U.K.'s Environment Agency.

According to the Environmental Agency's report, the supply chain that handles the sewage from its origins in the Netherlands to its destination was "convoluted," making circumventing regulations and contamination of farmland possible.

According to David Spurgeon, an ecotoxicological researcher at the U.K. Center for Ecology and Hydrology, using sewage on farmlands has many benefits. It returns the nutrient to soil, thereby reducing the use of mineral fertilizers. Soil structures also strengthen, which helps in avoiding erosion. Carbons are also replaced to the ground, thus meeting the targets for carbon reduction.

However, although sewage treatment removes numerous chemicals, some chemicals survive treatment. Contaminants and pathogens also get into the food chain.

Using sludge on land needs some management; thus, a code of practice is in place to limit any issues, Spurgeon said.

READ ALSO: Agriculture Now the Largest Source of Sulfur to the Environment

John Sauven, the executive director of Greenpeace U.K., said the government had failed its oversight functions. He cited several cases in the past years where the rules have been violated, noting that the sewage sludge's supply chain is filled with shady intermediaries and waste brokers. They are exploiting the opacity and regulatory failures.

"This is why the sludge that is spread on to our farms and fields has become such a toxic cocktail of plastics, chemicals, and bacteria," Sauven said.

On the other hand, U.K.'s Environment Agency said that the farmers' strategy to use sludge as fertilizer is backed with scientific data.

The agency added that the sewage sludge fertilizers have beneficial impacts and assured the public that the practice must not harm the environment. They will also not hesitate to take appropriate actions against those who cannot manage the safety risk appropriately.

READ NEXT: A Pioneering Process Could Help Detect and Remove Wastewater Pollutants

Check out more news and information on Sludge and Waste Management on Nature World News.