A few weeks ago, Apple announced on its website that the company is already carbon neutral for corporate emissions globally but would still aim for a notch higher: it wants to bring its entire carbon footprint to "net-zero" by 2030. Accomplishing the said goal by or before 2030 would mean reaching the IPCC goals of 2050 two decades earlier.

Last month, Apple released its 2020 Environmental Progress Report, which detailed its plans for the reduction of emission by 75 percent by 2030. The plans also include carbon-removal strategies for the remaining 25 percent of its footprint. 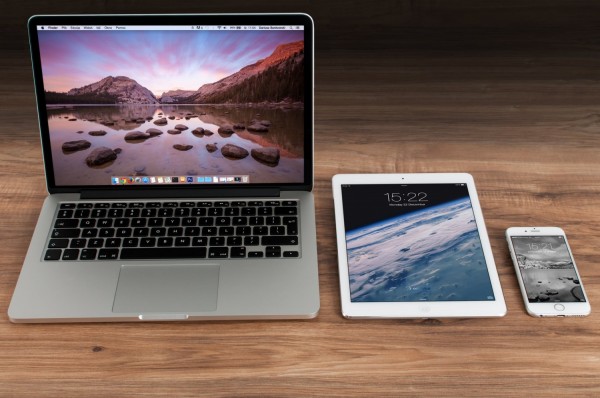 (Photo: Pexels)
Apple recently announced that the company is already carbon neutral for corporate emissions globally but would still aim for a notch higher: it wants to bring its entire carbon footprint to “net-zero" by 2030.

Apple hopes to take the lead in reduction impact on climate change by creating a roadmap for other companies. And true enough, other corporate giants are also taking steps: they also developed their plans and roadmaps on how to reduce carbon footprints in their backyards.

The company created an Impact Acceleration Program. It is a program that will support minority-owned businesses that have a positive influence on its supply chain. Apple will also help communities that are devastated by environmental hazards. An amount of $100 million Racial Equity and Justice Initiative will be allocated for initiatives that will address education, economic equity, and criminal justice reform.

READ: Nine Environmentally Friendly Practices That Are Not Cool

The road map aims to lower emissions through various actions. The critical step includes low-carbon product design and increasing the use of low-carbon and recycled materials in its highly energy-efficient products. Here are the key features of the roadmap:

Apple developed a robot named Dave that disassembles the Taptic Engine from the iPhone. Dave is tasked with the recovery of rare earth magnet and tungsten. The company also created a Material Recovery Lab in Texas in partnership with Carnegie Mellon University to develop engineering solutions in recycling.

Apple proudly announced that the devices released within the past year were from recycled content. Some of which, the company point includes 100 percent recycled rare earth element in the iPhone Taptic Engine. The carbon footprint was decreased by 4.3 million metric tons in 2019 through design and recycled content innovations.

Ove the past 11 years, Apple reduced the average energy needed to use its product by 73 percent.

The company plans to invest $100 million toward accelerated energy efficiency projects for its suppliers.

Every year, Apple aims to avoid more than 14.3 million metric tons of carbon dioxide: the amount equivalent to taking 3 million cars off the road every year.

For the first time, a direct carbon-free aluminum smelting process is being developed through investments and partnerships with two of its aluminum suppliers. The first batch of this new low-carbon aluminum is now used to produce Apple's 16-inch Macbook Pro.

Emissions from fluorinated gasses were also reduced by more than 242,000 metric tons in 2019.

A carbon solutions fund that will support the restoration and conservation of forest and natural ecosystems is also underway. Apple will be partnering with environmental NGOs such as Conservation International, The Conservation Fund, and the World Wildlife Fund to protect millions of acres of forest in China, the US, Colombia, and Kenya.

READ NEXT: Tesla Teams up With SailGP in the Pledge to Be Carbon Neutral by 2025