5 Reasons Why You Should Not Go Whale Watching

In 2011, the whale watching industry was estimated to be more than 2 billion dollars, as 13 million people went whale watching. With the advent of selfies and social media, whale watching fans are expected to increase at a much higher rate over the years.

Over the years, the industry has transformed sleeping coastal communities into tourism icons, significantly contributing to local employment and the economy. In these communities, the income and jobs generated from whale watching provide a sense of pride and stewardship for the whales and dolphins.

It also increased awareness on conservation and protection of marine life in some coastal communities. Whale watching may also serve as an avenue to collect data on the whale and dolphins.

GOOD NEWS: Orca Who Once Carried Her Dead Calf for 17 Days, Pregnant Again

However, there are also potential impacts of whale watching that we must be aware of:

1. Changes in whale's behaviors to avoid the presence of the whale-watching boat

Studies have shown that whales tend to change their responses in the presence of a whale-watching boat. They may tend to prevent the vessel or change direction. A study noted that killer whales increased their speed when boats are within 400 meters from them.

Some countries mandate a 100-meter distance away from the whale, but even then, whales are still disturbed as they change course, tend to breathe rapidly, alter their singing frequency, or stop singing at all. 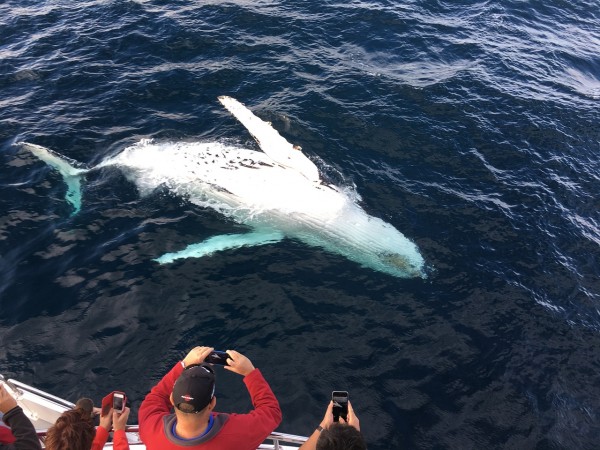 (Photo: Pixabay)
Whale-watching has boomed into a multi-million dollar industry. Over the years, it has transformed sleeping communities into tourism icons and provided a boost to local employment and economy. But the practice also comes with danger to the animals that it dearly features.

2. Interruption of essential activities like feeding or resting or nurturing the young

A whale-watching boat interacting with the whales can disrupt their foraging and relaxing activities. While such incidences may be okay if it happened once or twice, but problems arise if this is repeated several times over long periods. As the whale industry is a vast one, some places may have ten whale sight-seeing boats a day.

According to Dr. David Lusseau, from the Institute of Biological and Environmental Science at the University of Aberdeen, this repeated disturbance can even cause females to stop producing enough milk for their calves, thus decreasing the survival rate of their young.

A study on bottlenose dolphins in Bay of Islands, New Zealand documented avoidance of vessels with a recorded subsequent annual decrease in population numbers. A survey of dolphin's response to vessel presence in Australia showed decreased presence over the years.

4. Noise from boat engines may affect whale and dolphin

The noise or sound that the engines generate causes stress to cetaceans as it limits their abilities to find mate, engage in social contact with other whales, and communicate with their offsprings. The dominant sense of whales is hearing.

A study on how much noise comes from boats indicates that at the highest level of 172 decibels from a distance of 100 meters, mother whale's resting time decreases by 30 percent, their respiratory rates doubled. They increase their swimming speed by 40 percent, thereby affects the young caves as they have slower swimming speed.

Management measures may be considered to lessen the impact of whale watching on these fantastic creatures. These measures may be tailored to the species. Compliance with the regulations must also be ensured.

Suggestions and rules must be based on scientific knowledge on the matter. Undertaking measures such as establishing biologically essential areas for the whales and dolphins to travel, feed, and socialize must also be included in the rules.