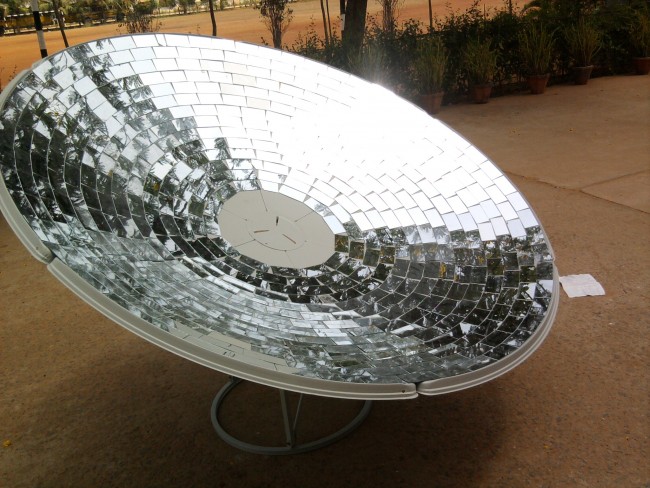 Scientists report in the journal Nano Letters under ACS Publications the development of a steam generator that uses solar energy for purifying water, which is wood-based and uses nanomaterials produced by bacteria.

The United Nations says that roughly a fifth of all the people in the world today are living in places that experience a scarcity of water, and these off-the-grid areas need technologies that can produce clean water out of sources that are typically not drinkable, such as contaminated water, seawater, or lake and river water.

A technology that holds promise in purifying water involves taking advantage of solar power. These are devices that use the process of solar distillation to convert contaminated and undrinkable water. They are known as solar steam generators.

Solar steam generators are devices that use the sun's almost limitless and abundant energy to evaporate and separate and water from contaminants. Various types of solar-powered steam generators are currently in existence, and they have varying degrees of efficiency. An excellent solar steam generator design is one that has an improved capacity for light absorption, proper management of heat, and efficiently transports, evaporates, and condenses pure water.

Researchers from the University of Science and Technology of China led by Shu-Hong Yu set out to incorporate all of these four innovative improvements into one device. The researchers chose to use wood for their solar generator due to its porous nature and sustainability. The porousness of wood allows for the rapid transport of water.

The device was made with the help of certain bacteria that produce cellulose nanofibers, which serve to bind together the device's various layers. The researchers put bacteria on a wood block's surface to ferment it, after which aerosol with glass bubbles was sprayed on the surface of the block.

These bubbles are hollow, tiny spheres that serve as the thermal insulation of the device. When sprayed, they become embedded into the nanofibers previously made by the bacteria, and their mixture forms a hydrogel. As a final step, the research team incorporated carbon nanotubes; these get entangled with the nanofibers, forming a top layer that serves to absorb light and evaporate water.

The research team designed the device so that it will transport water through the wood and into the water-evaporating, light-absorbing layer. This layer is heated from above by the sun, which evaporates the water. The device then produces steam, which is condensed and collected as pure water. The glass bubble heat-insulating layer prevents the heat from going downward and dissipated, while the nano-structures decrease the required energy to vaporize the water.

The complete solar steam generator, therefore, has the following layers: carbon nanotubes which absorb light on the upper part; glass bubbles which insulate heat on the middle section; and wood, which transports the water at the bottom part.

This results in a device that produces a higher and more efficient rate of evaporation rate than the majority of current steam generators.

The Fundamental Research Funds generously funded the study for the Chinese Central Universities, the Chinese Academy of Sciences, and the Natural Science Foundation of China.