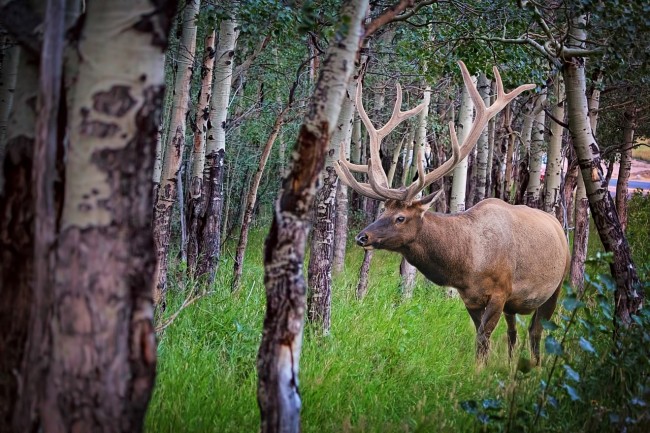 After a reintroduction from West of the country years ago, the elks are back in Kentucky. Although the phase-out a the coal industry left a left multibillion-dollar hole in the economy and thousands of old coal mining areas empty, the state of Kentucky is open to another opportunity : boost of local tourism by featuring elk.
(Photo : Pixabay)

After a reintroduction from West of the country years ago, the elk are back in Kentucky. Although the phased out coal industry left a multibillion-dollar hole in the economy and thousands of old coal mining areas empty, the state of Kentucky opens its economy to another opportunity: boost of local tourism by featuring elk.

In 2022, David Ledford will open his 12,000-acre property, which is reclaimed land, as a non-profit nature reserve called Boone Ridge. It is estimated that the property could welcome one million visitors annually and add more than $150 million per year to the economy.

History of Elk in Kentucky

In the late 1700s, a written account of Daniel Boone indicates that Kentucky was brimming with wildlife.

In 1800 however, hunting and land development decimated valued wildlife. They remained a memory that in the 1900s, as only a few residents remembered what elks were like.

The reintroduction of wildlife for hunting and conservation was a mandate of the Kentucky Department of Fish and Wildlife Resources. Since the agency's establishment in 1944, there had been significant changes.

The white deer, which has a population of less than a thousand in the 1940s, are not more than a million. Tourism, hunting licenses, and sale of hunting paraphernalia contribute $550 million to state revenue.

The department's headquarters feature a local zoo in which several native wildlife species such as the bald eagle, black bears, cottonmouth snakes, waterfowl, and bobcats have been successfully reintroduced and are now in a stable population.

The project was a success, and state residents supported the move. However, an elk consumes more than 40 pounds of greens per day, and the grasslands of Kentucky had been developed already.

To produce more coal, mountaintop removal, which cleared and scrapped the top of the mountains to expose the wells of the coal, was practiced in Kentucky. The mountains were blasted and abandoned, producing a considerable amount of rocky debris. Most often, especially the areas with a steep slope, the debris is just dumped into surrounding valleys and is planted with grasses, shrubs, and trees.

Mountaintop removal-mining has devastating effects. Communities near the mountaintop, for example, reveal to have high rates of cancer and serious illnesses. The practice also destroyed watersheds and surrounding forests, converting fragile ecosystems to plains.

IN CASE YOU MISSED IT: Shanthi, a 45-Year Old Asian Elephant, Dies at the Smithsonian National Zoo

Fast forward 1990s and 2000, active coal mines started to close, and most residents living near it had to leave because mining offered fewer jobs and poverty. The thousands of mines remained, however, leaving a reminder of the mountaintop removal-mining it used to practice.

As the coal mining industry faded, the reclaimed mines offer meadows and forests which provide the elk's shelter and food. It also provides a golden opportunity from promoting elk through tourism.

The state of Kentucky recently issued hundreds of elk hunting tags every year, and other attractions like elk sight-seeing tours and hunting guides are being developed. According to the Kentucky State and Fish and Wildlife Department, this will add about $5 million to the local economy.

READ NEXT: Sled Dogs Have Been in Existence for More Than 9,500 Years