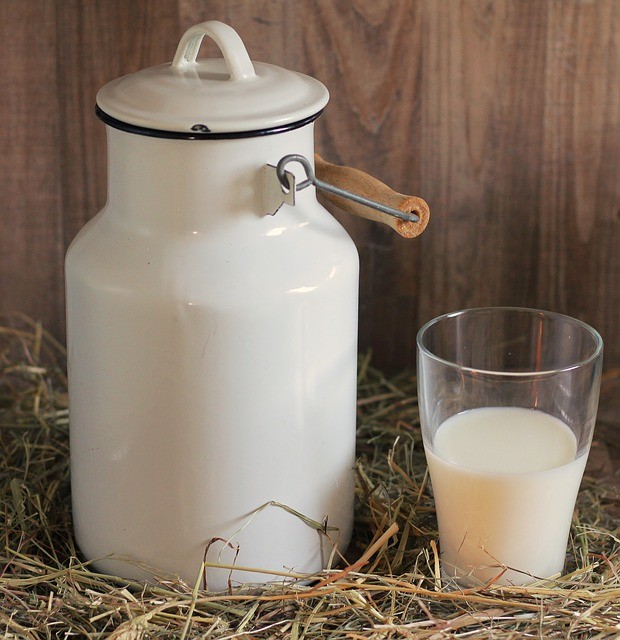 A new study says that unpasteurized milk from cows sold in retail stores in the United States may have a large number of drug-resistant genes when stored in room temperature, and that bacteria which have genes for antimicrobial resistance can transmit these to other bacteria and potentially spread this harmful resistance when consumed by humans
(Photo : Pixabay)

A new study says that unpasteurized milk from cows sold in retail stores in the United States may have a large number of drug-resistant genes when stored at room temperature. The bacteria, which have genes for antimicrobial resistance, can transmit these to other bacteria and potentially spread a harmful resistance when consumed by humans. Their study was published in the journal Microbiome.

Lead author and University of California Davis Food Science and Technology Department postdoctoral researcher Jinxin Liu says that their study is not intended to scare people; they aim to educate consumers instead. He advises that if one wants to drink raw milk, it should be stored in the refrigerator to decrease the risk of developing antibiotic-resistant bacteria that contain drug-resistant genes.

About three percent of the population of the United States drink raw or unpasteurized milk. Pasteurization involves heating milk to kill any harmful microorganisms (known as pathogens) in it as well as prolong the milk's shelf life. It has been said that raw milk contains lots of healthy bacteria or probiotics, especially as compared to pasteurized milk. However, the study authors confirmed that this was not the case.

Liu said they were surprised to discover that there were no beneficial bacteria in large amounts to be found in raw milk. What's more, if raw milk is left standing at room temperature, it accumulates antimicrobial-resistant genes, which pasteurized milk has little of.

Bacteria having antibiotic-resistant genes can potentially become or create superbugs if they pass these to pathogenic bacterial species. Superbugs are pathogenic microorganisms like bacteria that are immune to antimicrobial drugs.

Every year, nearly three million people are infected by antibiotic-resistant superbugs, with over 35,000 dying from such infections, says the Centers for Disease Control and Prevention.

The researchers subjected over 2,000 retail samples of milk from five U.S. states. These include unpasteurized milk as well as milk products pasteurized in various ways. They then analyzed them and found that raw milk contained the most number of drug-resistant microbes if they are left standing at room temperature.

According to co-author and Western Center for Food Safety manager and research microbiologist Michele Jay-Russell, the study showed that intentionally or accidentally subjecting raw milk to room temperature can cause the growth of bacteria having antimicrobial-resistant genes. He says spoiling is not the only important issue. If not handled properly, raw milk really becomes a high health risk.

This is because many consumers intentionally let raw milk stay outside their refrigerator in room temperature for it to ferment and make clabber. Co-author and Dairy Food Science chairperson David Mills says that people who consume clabber put a lot of antibiotic-resistant genes into their system. He says the world is not antibiotic-free anymore. Those harmful genes can be found everywhere; we have to stop them from getting into us.

More studies are needed to completely understand the human health risks of antibiotic-resistant genes present in raw milk. Meanwhile, Mills advises using a starter culture for people who want fermented raw milk, because these contain specific bacterial strains that are safer to consume.