Enoki Mushrooms Linked to Listeria Outbreak in US 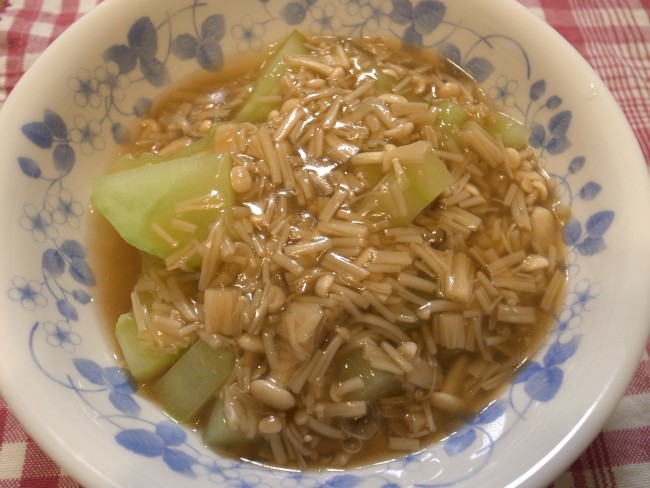 Boiled Kaga giant cucumber with enoki mushroom thick sauce(Wikimedia Commons). Four deaths and 31 hospitalizations are attributed to enoki mushrooms in what the US Centers for Disease Control and Prevention identified as a listeria outbreak.

Four deaths and 31 hospitalizations are attributed to enoki mushrooms in what the US Centers for Disease Control and Prevention identified as a listeria outbreak.

Listeria is a disease that is caused by eating foods contaminated with the bacteria Listeria monocytogenes. Listeriosis or listeria infection can be fatal to at-risk people. Although listeria infection is not common, the elderly, people with weak immune systems, and pregnant women are at-risk may get ill with listeria.

FDA, along with the CDC and other state partners and local stakeholders, investigated an outbreak of listeria infections in different states. The enoki mushrooms were sold by H&C Food Inc., Guan's Mushroom Co., and Sun Hong Foods, Inc. according to the investigation. The Korean company Green Co. Ltd supplied the mushrooms to the companies between November 23, 2016, and December 13, 2019.

According to the CDC, Green Co. Ltd is the most probable source of the outbreak. During April this year, local distributors have recalled the mushrooms the company supplied after the US Food and Drug Administration (FDA) issued an Import Alert.

Enoki mushrooms produced by two companies in South Korea were also identified to be contaminated with listeria, according to the Korean Ministry of Food and Drug Safety. CDC conducted interviews with people who got ill, and 55% have reported having eaten mushrooms.

Previous investigations revealed that samples of enoki mushrooms were positive with the bacteria Listeria monocytogenes. The bacteria found in the samples matched the strain that was evident in the outbreak.

In the United States, the spread of listeria was considered a multistate outbreak after 36 individuals were affected across 17 different states in the country. Two deaths were recorded in California, and one casualty each in Hawaii and New Jersey. Among six pregnant women, two resulted in miscarriages.

Different symptoms vary on each person. Symptoms may include fever, muscle aches, headache, stiff neck, loss of balance, and convulsions. Pregnant women may only experience fever, fatigue, and muscle aches. Miscarriage, stillbirth, premature delivery, or other life-threatening infection of the baby may happen to women who experience listeria during pregnancy.

The CDC has reminded that the recalled enoki mushrooms are already past their shelf life. Thus, these mushrooms should no longer be sold nor consumed. The CDC pointed out that any surface or containers that have come in contact with the enoki mushrooms should also be washed and sanitized. Listeria can easily contaminate other foods and even survive in cold temperatures like refrigerators.