Fossil of Ancestor of All Existing Animals Found in Australia 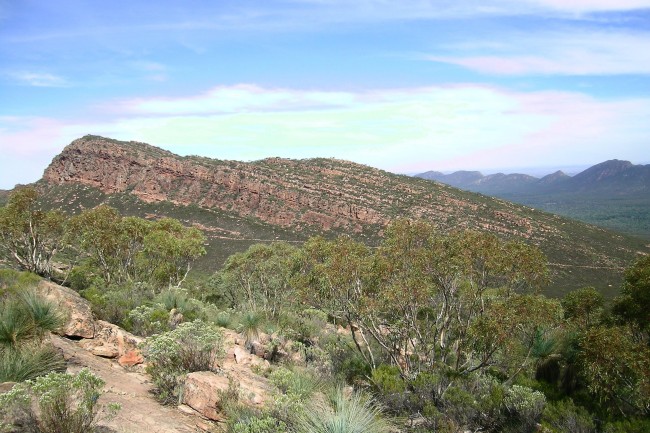 Geologists in Australia recently published a paper in the journal Proceedings of the National Academy of Sciences, which reported the discovery of the first known ancestor in the family tree where we and most animals belong. It is a worm-like animal and is the oldest known bilaterian, an organism having both a front and a back with two symmetrical sides and which also have two openings on each end connected together by a gut. It was discovered in deposits belonging to the Ediacaran Period.

The authors from the University of California Riverside explained that the Ediacaran Biota group includes the oldest known fossils of complex and multicellular organisms, most of which are not direct ancestors of extant animals. These creatures did not have the basic features we see in almost all animals, which include mouths and guts.

They expounded that bilateral symmetry is a feature that developed as an important evolutionary step. It gave creatures the capacity to move with purpose and organize their physical bodies. Millions of animals, starting from the lowly worms to the higher vertebrates, are bilaterian.

In their paper, Erwin and Davidson described what scientists thought bilaterian ancestors looked like. Evolutionary biologists predicted that the oldest ancestor of bilaterian organisms would be small and simple and will have rudimentary sense organs. They believed that identifying and preserving the fossils of these animal will probably be impossible.

They added that they believe earliest bilaterians lived 555 million years in the past. However, no sign of these creatures were ever found.

In the current study, scientists found the animal in fossilized burrows in the old deposits in the Ediacaran Period located in Nilpena in South Australia. UC Riverside doctoral graduate Scott Evans and geology professor Mary Droser noticed oval, tiny impressions near these burrows. They scanned them with a 3D laser scanner and found a regular and consistently shaped cylindrical body having a distinct head & tail, with a faintly grooved musculature. It was two to seven millimeters in length and around one to two and a half millimeters in width. The largest specimen was roughly the shape and size of a rice grain, which is the perfect size for making those burrows.

Evans noted that they always believed that these animals lived during this period, but always knew that they will have difficulty finding them. Everything changed with their use of the 3D scanner.

They named the animal Ikaria wariootia, after the Adnyamathanha custodians of this land. "Ikara" is their word for "meeting place," and is their name for the Wilpena Pound mountains. "Wariootia" is derived from Warioota Creek encompassing Flinders Ranges up to Nilpena Station.

Drosed stated that it is the oldest fossils anyone can find with such bodily complexity. Other larger organisms in the period are most likely evolutionary dead ends.

Despite being relatively simple, the researchers explained that the animal was more complex than other fossils found in this period. It burrowed in the thin layers of ocean sands as it searched for organic matter, which indicates rudimentary sense abilities. Its depth and curvature show distinct front & rear ends which support directed movement in burrowing.

The researchers also found "V"-shaped, crosswise ridges in the burrows which suggested that the animal contracted its muscles, like worms do. The sediment displacement they found, along with signs that Ikaria subsisted on buried organic matter, means it may have possessed a gut, mouth, and anus. Droser noted that this discovery is exciting as it lined up very neatly with the predictions of evolutionary biologists.