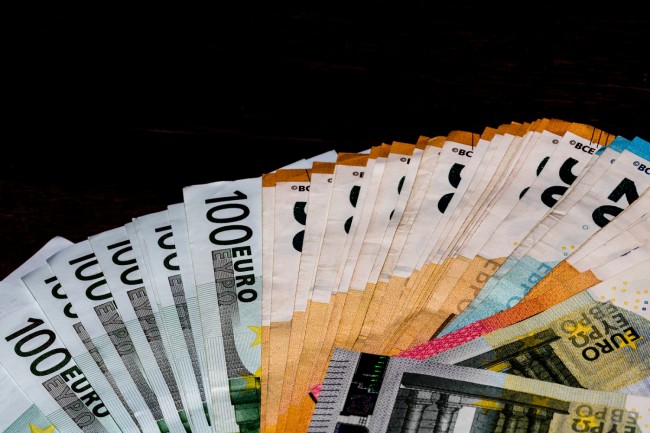 Money follows a predictable life cycle. This may be surprising to some, given how different cultures and societies throughout history are, but monetary systems have always followed a specific trajectory. This has to do with human nature and the relationship of wealth and power. Rory Brown, Lydian Private Bank Founder, shares the six-stage life cycle of money.

Early economies equate wealth with goods. If you have a significant amount of livestock, food crops, or other objects that society values, you're considered wealthy. For these early economies, barter emerges to facilitate the exchange of value.

Barter is a direct exchange of goods and services. The objects themselves are simultaneously consumable goods and stores of value. This works well for smaller communities but doesn't scale well. Also, stores of value that can die or rot away don't provide a particularly stable monetary system.

A durable intermediate store of value that's not associated with specific goods or services solves the problems that plague larger barter economies, and so a free market currency naturally arises.

Along with durability, an intermediate store of value must also be divisible, easy to carry, and intrinsically valuable. Most cultures throughout history have hit on gold and silver as ideal currencies. Their scarcity imparts value, they won't corrode, it's relatively easy to divide stores into discrete units, and metal bits fit neatly in change purses. This currency becomes the default trading mechanism for most transactions.

As a society matures, its government grows, adopting new responsibilities for itself, creating extra financial obligations. To facilitate these expansionary endeavors, governments and rulers eventually begin to regulate trade through taxes, tariffs, quotas, and other control mechanisms.

Government monetary regulations serve to transfer wealth from the country's citizens to the rulers in charge. In some cases, this transfer is benevolent, intended to benefit the citizenry. In other cases, it's a grab for money and power.

Whatever the motivation, the result is the same. The free market falls increasingly under governmental control.

When regulation is no longer adequate to further a government's objectives, they'll move to monopolize the money supply. The government creates an official currency and declares it as the only legal tender. Local governments and private organizations are no longer allowed to set up their own currencies.

Over time, the government begins to print promissory notes that can be traded in place of hard currency. Eventually, these promissory notes are declared a legal, fiat currency divorced from any intrinsic value.

As a government's obligations grow, the amount of money it must raise increases proportionally. Increasing taxes is one way to collect extra revenue. But this isn't popular, and so historically, mature governments have instead chosen to debase their currency.

Prior to the advent of paper money, this lowering of a currency's value was accomplished by reducing the amount of the precious metals included in the government's coinage. This allowed rulers to mint more money from the same amount of precious metals, giving them more money to pay their debts.

Today currencies are debased by simply printing more money or, with the advent of digital banking, simply inventing extra money from thin air. This enriches the government at the expense of its citizenry, which will face rising prices due to inflation.

Over time inflation whittles away at a currency's purchasing power. Eventually, the common citizen will find it increasingly difficult to purchase needed items. This tends to increase societal indebtedness and further weakens the financial system.

If the constant currency debasements become too much for a given society to bear, the citizenry will lose confidence in their fiat currency, which leads to hoarding behaviors. This causes disruptions to supply and demand and can lead to increasing levels of inflation.

In the end, the currency will collapse, due either to hyperinflation or to a complete dissolution of the trust relationship that gives fiat currency its value.

In the wake of a monetary collapse, new forms of currency must be found, and these free-market currencies start the cycle all over again.

About: Mr. Rory Brown is a Managing Partner of Nicklaus Brown & Co., the Chairman of Goods & Services, Nearshore Technology Company, and a member of the board of directors of Desano. He is passionate about delving into the history of money and how our modern currency has evolved into what it is today. In his spare time, he writes about the history of the Lydians - the first civilization to use gold and silver coinage.