Health Officials Confirmed a Second Case of Coronavirus in the US 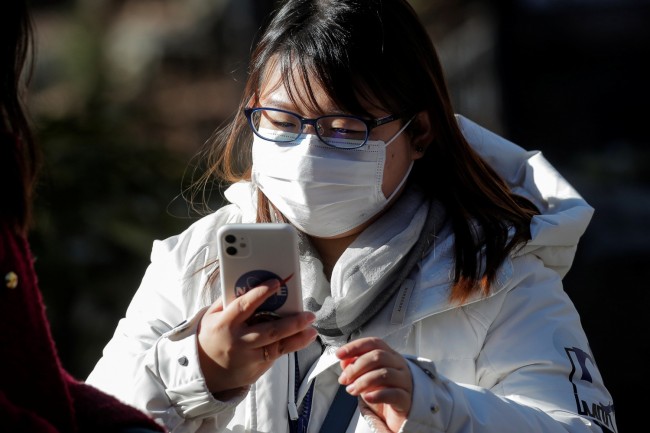 The second case of the new Chinese coronavirus in the United States has been diagnosed in Chicago, health officials said Friday. They said they are monitoring another 62 possible patients in 22 states suspected of having the illness.

All of the patients are vacationers from Wuhan, China, the epicenter of the new coronavirus - or 2019-nCoV - an outbreak that Chinese health officials on Friday evening suggested has caused at least 1,200 cases and 41 deaths. The first US affected person, a Washington state guy in his thirties, was confirmed on Tuesday. The second one is a Chicago female in her sixties.

Both Americans were recent vacationers to Wuhan. The patients arrived in the US earlier before an absolute travel ban from the city commenced this week, as instructed by the Chinese government.

CDC's Nancy Messonnier, director of the National Center for Immunization and Respiratory Diseases, said on a smartphone briefing for reporters, the experts are expecting to locate additional cases.

Noting that the two confirmed cases were tourists from Wuhan, Messonnier stated that the outbreak risk in America is low. "We are making an aggressive response to become aware of these cases early," she said.

Both of them showed cases entered US airports without signs and symptoms, she noted, and contacted their health practitioner a few days afterward, leading to their analysis and medical isolation.

The CDC did not offer a list of the 22 states with possible patients, but Texas A&M University saw a likely situation in Texas on Thursday. Eleven more humans suspected of getting the coronavirus have been screened and tested negative, according to Messonnier.

The first Chinese case of the coronavirus had been declared on December 31 and was traced to a seafood and meat market in Wuhan. Like SARS and MERS, the virus transmits from animals to humans and mutated to emerge as transmissible from character to individual. Cases were started in Japan, Thailand, Vietnam, Singapore, and Taiwan.

The Chinese ban on travel to and from Wuhan implemented this week quarantines 35 million humans for the duration of Chinese New Year. Partly in response, a World Health Organization panel on Thursday declined to advocate a global emergency announcement over the outbreak, arguing that most of the cases had been restricted to China, where aggressive measures had been being undertaken to prevent the spread of the virus.

ALSO READ: Bats and Snakes Are The Likely Cause of China's Coronavirus. Here's Why

Allison Arwady, the chief scientific officer on the Chicago Department of Public Health, advised that the hazard of virus contagiousness appears lower before patients manifest signs of the pneumonia-like illness, which include fever, cough, headaches, and problem breathing. The Chicago patient is in stable condition, stated Arwady. She did no longer use public transportation or attend public gatherings earlier than she became sick.

So far, CDC has screened about 2,000 tourists from China for the disease on about two hundred flights, CDC's Martin Cetron stated, but have not discovered any cases. The business enterprise is reevaluating the screening taking vicinity now at five US airports, in Atlanta, Chicago, Los Angeles, New York, and San Francisco, in mild of the Chinese travel ban, he added.

"This is an evolving situation, and facts are coming in almost every hour," Messonnier stated. She added they are expecting more cases in the US and would peer these cases among near contacts of sufferers.