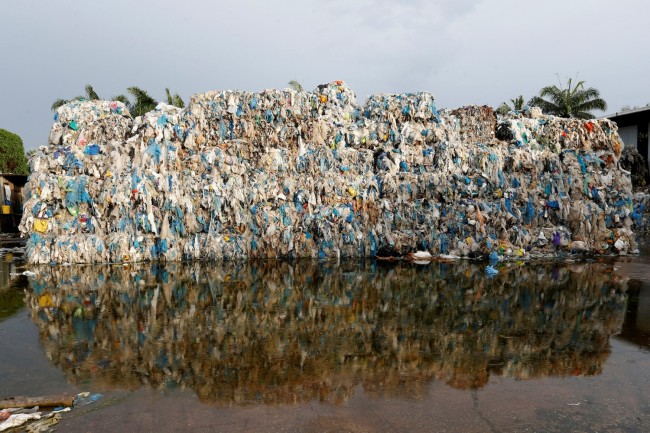 Malaysia has started the diplomatic process of returning thousands of tonnes of illegal plastic waste to the exporting nation, with the Southeast Asian country underscoring it would not be the world's "rubbish dump."

In a press conference at Penang Port, Environment Minister Yeo Bee Yin said the government of Malaysia takes stern action to fight the illegal activity of plastic waste into Malaysia by stopping the movement from the ports.

Plastic rubbish from more developed countries - such as the United States and Britain - flooded Malaysia since 2018, after China ordered a halt to most waste imports.

Most Chinese recycling organizations relocated their business to Malaysia after the ban took effect, leading to vast quantities of plastic shipped in the Southeast Asian country.

According to Malaysian officials, plastic waste does not have import permits and did not meet the criteria for importing plastic waste under the Basel Convention on Transboundary Movements of Hazardous Wastes and Their Disposal.

Yeo said Malaysia hopes to send back another a hundred and ten containers inside the close to future, 60 of which got here from the United States.

She underscored that authorities would take necessary steps to ensure that Malaysia does not turn out to be the rubbish dump of the world.

Malaysia has been working on repatriating the trash since 2019. Officials defined it then as an "uphill task" because the exporting international locations would accept the delivery.

The officials said they struggled to identify the country of origin of the bins, as many lay deserted at the ports. Incineration might be a better way to clean the waste, said Local Housing and Government Minister Zuraida Kamaruddin in August 2019.

A number of the exporting countries no longer take part in the Basel Convention, which is the reason for the several nations not to accept them back. But these issues appear to had been ironed out as the exporters or shipping agencies agreeing to foot the bill.

The repatriation exercise, according to Yeo, does not incur any fee to the government of Malaysia. She added the costs have been both borne via the exporters or transport liners.

The minister underscored that the country does not want to pay a single cent for the shipping fees. "People dump their rubbish into your country; we [could not imagine paying] them to ship it returned," she added.

Two countries accounted for more than half the number of containers: namely France and Britain. Malaysia also returned the trash from the United States, Canada, Spain, Japan, Singapore, Portugal, China, Bangladesh, and other countries.

Malaysia is also eyeing to return another 110 containers still at its harbors while it prepares to launch a National Action Plan for the Importation of Plastic Waste in February.

A total of 393 plastic recycling factories were inspected last year, and more than 200 of those were closed for not following regulations.

"We are going to send [the trash] back no matter how [challenging the process is], " Yeo said. The Malaysians are going to make the exporters pay for it, she added.