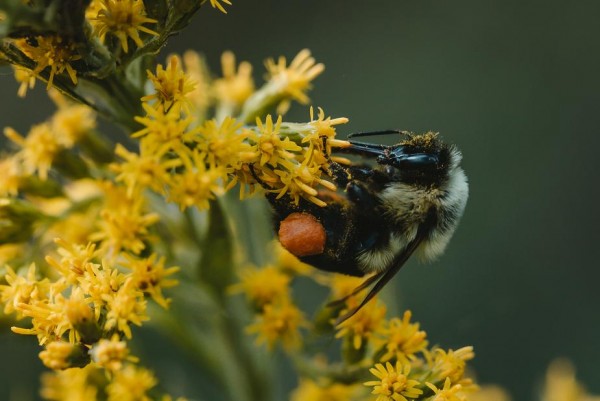 (Photo : Burst)
Pollinators like bees are assisting at least three-quarters of crop-producing plants on its reproduction.

Radical changes in commercial farming and reduction of pollution can halt the continuous mass death of insects, according to a new insect conservation plan proposed by more than 70 scientists.

Lead author Prof Jeff Harvey of the Netherlands Institute of Ecology and Vrije Universiteit Amsterdam said that scientists, land managers and policymakers all have gathered to "think strategically" in hope of reversing the insect declined.

Phasing out pesticides and chemical-based fertilizers in industrial farming is among the urgent "no regret" solutions proposed by the study. The previous report claimed that at least 400,000 insect species were facing extinction due to the massive usage of anti-pest chemicals.

The paper also mentioned the repeated warnings about how human-driven mass extinction can lead to a "catastrophic collapse of nature's ecosystems".

The insects were divided into five categories: herbivores, detritivores, parasitoids, predators and pollinators, and all of these were considered as "crucial" to functioning ecosystems, as insects can be an agent for pollination or be food for other wildlife. Scientists also asked to study which species must be prioritized. The plan also urgently called for controlling invasive species, and reduction of pollution.

Light pollution is considered as the worst stressor of insects, as artificial lights force them to go somewhere to change their development and life cycles, resulting in less security.

For short term goals, the scientists believed that we must stop importing products that were produced at the cost of species-rich ecosystems. For instance, a conservation area that was converted to a factory.

Even if there were still more knowledge gap about this, we have enough information to address the cause of the decline and come up with creative solutions, the road map also stated.

For the long-term plan, authors want to establish a global monitoring body that will track the impact of the road map on the insect population. The agency will collaborate with existing bodies such as the United Nations Environment Programme and the International Union for Conservation of Nature.

Moreover, the authors called on the government to follow the initiative of Germany in September 2019, where it pledged €100 million (around $112 million) to conserve insects.

One of the co-authors of the road map is Dave Goulson, a biology professor known for his books about bees and other insects. Each continent has at least one contributor.

A report published in November 2019 reported that half of the total insect species have gone extinct since 1970. These include 23 bee and wasp species, and around 77 percent of butterfly species.

Gary Mantle, chief executive of Wiltshire Wildlife Trust, said that the "unnoticed apocalypse" is alarming as it puts some "fundamental building blocks of life" at risk.

For instance, at least three-quarters of crop-producing plants depend on pollinators like bees. Some of these insects also act as "pest controller" like ladybugs, which eats plant-eating pests.

However, Mantle said that it is easy to restore the diversity of insects since they recover quickly. We just need to stop killing them and restore their natural habitats.

Pesticides have been associated with the apocalypse. According to the report, the usage has doubled when compared to 25 years ago. A study published in July 2017 previously warned that human overpopulation and overconsumption will drive the sixth mass extinction event recorded in history.