Sneakers From Recycled Plastic: Could It Save Our Planet? 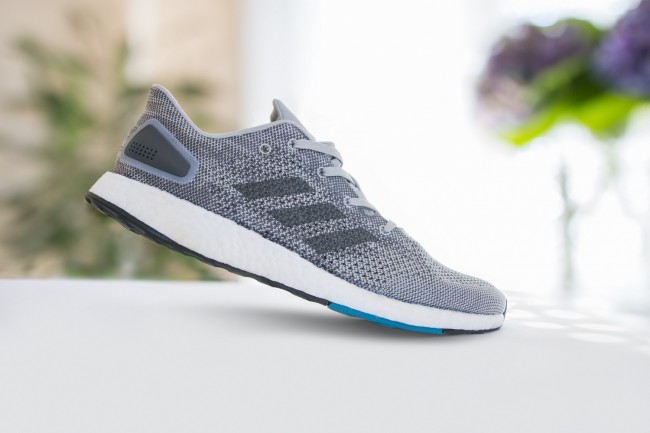 Alert: Recycled plastic is now in the trend. Fashion brands-particularly in the direct-to-consumer space-began rolling out products made from discarded plastic over the last few years.

But one area in which plastic has taken off is footwear. Brands like Adidas, Veja, and Rothy's are just among those companies incorporating materials made of recycled plastic in their shoes. Brands aim to give plastic waste a life beyond the landfill and prevent it from causing more harm than is already done while putting their products in a positive light.

Turning plastic bottles into sneakers is not a smooth, one-step rule. Experts provided some insights on how exactly it's done.

Where does plastic come from, and how does it become shoes?

There are several steps involved in the manner of how plastics - bottles or otherwise - turn into the fibers used to create knit shoes, such as those produced by Adidas x Parley and Rothy's.

The plastic needs to be collected first. According to National Geographic, there are more than 6 billion metric tons of plastic waste in the world; hence, the brands using waste as their raw material have a generous supply. The brand's proprietary yarn then receives the plastic used for the uppers of all its shoes.

The process of turning plastics into long strands of yarn begins once the materials are gathered. Plastic transforms into pieces, then reduced to form small pellets, which are then expelled through machines to become "very long, smooth fibers that become soft but also extremely durable," explained Erin Lowenberg, creative director at Rothy's.

The process is also the same as Veja's manufacturing process. François Ghislain Morillion, the brand's co-founder, told HuffPost via email that the plastic is gathered, classified, turned into plastic flakes, which then transforms into polyester fiber through an extrusion process.

SNEAKERS IN A BOTTLE Since 2014 #Veja uses new intelligent fibers : the bottle mesh. A smart fabric, both breathable and waterproof weaved in Toyotas ultra-performance machines. The B-mesh is made out of 100% recycled plastic bottles in Sao Paulo, Brazil. Three plastic bottles are needed to make one pair of sneakers. Thanks to @ludoviczuili & @simonbouisson for the Brazilian trip, following a plastic bottle through Brazil #vejashoes #vejaproject A post shared by  VEJA (@veja) on Dec 7, 2015 at 4:15am PST

How many plastics are used to create a shoe?

Every pair of shoes made with the Parley Ocean Plastic, according to Adidas, prevents 11 bottles from making their way into the oceans. An Adidas representative confirmed to HuffPost via email around one million pairs of shoes were sold and collected at least 11 million bottles from coastal areas.

Rothy's has already used almost 20 million bottles in the production of its shoes, according to Lowenberg. Every pair of Veja sneakers made with B-Mesh uses three water bottles on average, according to Morillion.

Using plastic waste to transform useful products might be a great solution right now. However, some have doubted whether the instant benefits would have a lasting positive effect.

Céline Semaan, the founder of Slow Factory, an innovation lab focused on sustainable practices, told HuffPost that gathering plastic and transforming it into knits and fabrics, like the varieties used in footwear, appears to be helpful in the short term. However, she argued that it might not be useful in the long run.

Semaan explained plastic itself is a toxic material that makes it problematic. She said plastics are going to be reused again and again, which would not end up in landfills. Companies, according to Semaan, must take responsibility for the substances and products it puts out into the world and asks consumers to return them so they can be recycled or disposed of responsibly.

Rothy's, according to Lowenberg, is working toward that. She pointed out long-term solutions that are a part of the brand's business model. However, she acknowledged that a single company wouldn't solve the global issue of plastic waste.

Rothy's shoes are entirely recyclable, underscored Lowenberg. She added that clients could return the boots through the brand's partnership with PLUSfoam to ensure they're appropriately disposed of.

Adidas also allows customers to return their used Adidas shoes at participating locations through the "Take Back" program so the pair of shoes can be recycled appropriately and likely reused.

Morillion said Veja does not currently have a recycling program in place. However, she explained that shoes underwent through processes that are made of recycled materials. Veja, according to Morillion, is "actively searching for a solution to reach 100 percent recycling" process.