What Exoplanets Tell Us About Alien Landscapes 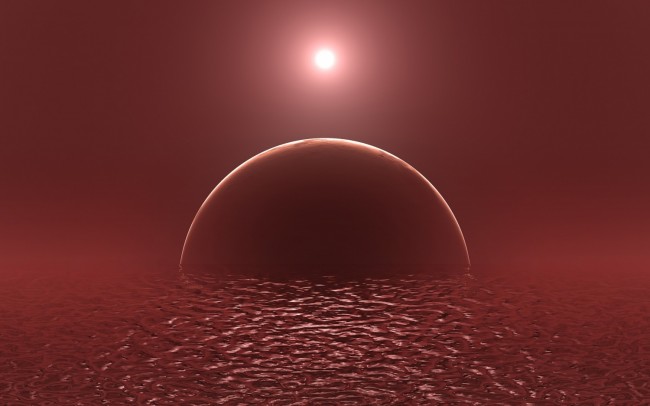 Six exoplanets were recently found to show signs of ablating, and astronomers are excited over the prospect of learning how other alien planets could form from studying them.

Nature Astronomy has recently been buzzing with several research papers studying these small planets, which have been found to be flying in such close proximity to their stars that parts of the planets have been evaporating. The ring of debris formed from the phenomenon has helped astronomers detect the aforementioned exoplanets themselves, which are in the exciting phase of forming into planets.

The Open University astronomer had published their suspicions back in 2009 when she initially observed that Wasp-12b (an exoplanet) had been orbiting its host star with much of the outer layers of its atmosphere seemingly absent.

Astronomers at the time were well aware of the exoplanet's heat and Haswell made the leap in connecting the trail of gas emitted by the exoplanet to absorbing the light emitted by its host star. In a phenomenon similar to mistakenly seeing boats floating in the horizon, the light from the star bends in such a way that the chromosphere gives the illusion If being void.

Taking her hypothesis to practice, Haswell and her team had discovered that 39 of 2,700 nearby stars seemed to not have chromospheres. Focusing the La Silla Observatory's 3.6-meter telescope, they found three different stars they dubbed the Dispersed Matter Planet Project, DMPP for short.

The star systems were significantly diverse. The DMPP-1 star held multiple planets with three inner planets that could go to about ten times the size of the Earth while one of its outer planets best Neptune in sheer weight. DMPP-2 has a planet that was previously undetected due to the star's pulsations, and DMPP-3 has a planet with twice the Earth's mass and stars near orbit, like a second sun.

The newly identified planets were seen orbiting their respective host stars closer than Mercury's orbit of our own sun, which has astronomers drawing parallels across rocky worlds.

John Barnes, a fellow astronomer that worked on the study, suggests that the technique could allow them to uncover the "hidden population of planets".

In verifying the existence of a suspected planet, the researchers had applied the method of Radial Velocity wherein the tell-tale behaviors in stars such as the effects of gravitational pull from the planets it hosts on its movement. However, many of the same planets could be found through the Transit method, where a planet is identified by the shadow it casts when passing by the star it orbits. The two methods are often combined to estimate the size, mass, and density of other worlds, which would pave the way in comprehending their geological composition.

Ablating planets, in particular, could be understood more by the study of the trail of debris it creates around their stars as well as how its chemical components react to their starlight's wavelength.

Through this method, the early stages of the formation of a planet could be observed, shedding light on how alien landscapes could form. Much like how scientists speculate over Venus possibly hosting alien life if nature had run a different course, people are justifiably excited over the prospect of learning what happens when planets are formed.

Despite the breakthrough, though, Haswell and others like her still have plenty of follow-up studies to oversee. At present, only 3 of the 39 stars with close-in planets have been observed.

RELATED ARTICLE: Astronomers Want The Brightest Star In The Night Sky To Explode