Will Africa's Largest Network of Radio Telescopes Be the First to Find Alien Life? 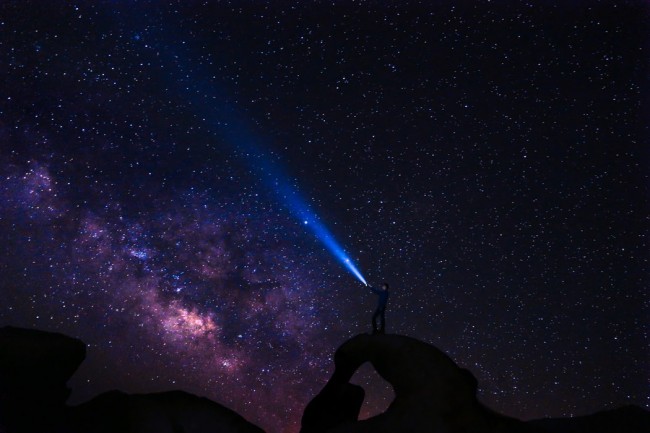 Scientists in South Africa are creating the largest radio telescope on Earth in an effort to search for signs of alien life. The project, called the Square Kilometre Array or SKA for short, would help astronomers understand light in the microwave range called cosmic background radiation. Thought to have originated from the Big Bang, cosmic background radiation is theorized to hold key information about the universe's origin and possibly how other forms of life could exist.

However, observing this phenomenon proves to be difficult. According to Bielefeld University's Dr. Aritra Basu, the measurements of cosmic background radiation can be misinterpreted due to external noise such as those coming from the Milky Way's magnetic field. The SKA-MPG telescope, a prototype of the SKA for receiving mid-frequency signals, is perfect for examining foreground radiation with excellent precision.

The SKA-MPG telescope, a collaborative project of MT-Mechatronics GmbH and the Max Planck Institute for Radio Astronomy, can receive signals ranging from 1.7 to 3.5 GHz and spans an impressive 15 meters in diameter. Developed in the Karoo desert of South Africa, the telescope has been partially operational since autumn in 2019.

As a prototype, the telescope would run through several trial runs before 200 more could be greenlit for production across South Africa, but regular deployment of the Square Kilometre Array in both Australia and South Africa is expected by 2021.

The SKA project is remarkable in that it is the first global science organization that is based on three continents: Africa, Australia, and Europe. Data control across countries are being set up to collect over 600 petabytes of data per annum on gravitational waves and dark energy.

With the radio silence of African deserts, the continent makes for a good location to host part of the world's most avant-garde radio array. For the SKA project, this covers other countries in the continent apart from South Africa, such as Botswana, Ghana, and Mozambique.

South Africa itself already keeps the KAT7 telescope array for the MeerKAT array, which is to be incorporated into the SKA1-mid (the SKA component in South Africa).

With four times the resolution and five times the sensitivity of the world's current best telescope, the JVLA, one of the things the SKA1-mid will be on the look-out for are signatures of alien life in the galaxy.

The strategy to answer one of life's biggest questions lies in finding the Epoch of Reionization. The epoch refers to about a billion years after the Big Bang when the presence of emerging stars had excited neutral hydrogen enough into transforming the surrounding neutral hydrogen into something closer to the skies people are familiar with at present. The theory that the SKA project would put to the test is whether the radio waves originating from those same neutral hydrogen atoms could be tracked down and studied.

The waves originally produced is speculated to have had a wavelength of mere centimeters but are thought to have stretched by meters due to billions of years of cosmic expansion by the time the waves reach Earth.

By simultaneously localizing radio waves in different directions, the inbound signals boosted by amplifiers in the antennas of the radio arrays would be sent to a so-called beamformer, where waveguides of different sizes could be mapped out and printed on circuit boards, creating delays in the signals. Through a careful collection of delays, the beamformers could manipulate the arrays to adjust to the radio waves the antennas need to catch.

With the SKA telescope able to map out the night sky 60 times faster than the world record, astronomers are hoping to that studying the radiation would help reveal more about how the early universe was shaped, and if similar galaxies could create alien life.

RELATED ARTICLE: New Discovery Shows Oldest Stars in the Universe May Be Younger Than Previously Thought