Thailand Is Using Drones to Spray Pollution Away 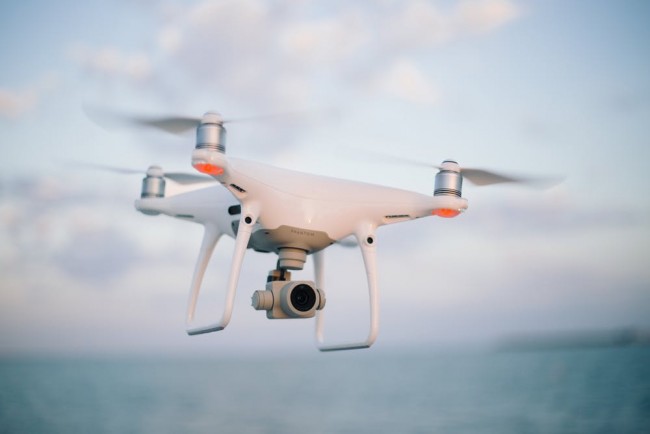 In a bid to counter air pollution in Bangkok, Thailand officials have turned to drones for answers. Early into 2019, the city's air quality was reported to hit PM2.5, which meant that the air was full of particles with a diameter of 2.5 microns, reaching 185 micrograms per cubic meter.

To put the scale into perspective, PM2.5 dust particles have a diameter nearly as wide as one-third of human hair.

With the air pollution hazards marked at levels above 150 micrograms, the result was enough to cause damage to the lungs of the average civilian. As can be imagined, these particles can cause irreparable cardiovascular damage. In fact, the World Health Organization states that around 7 million people die due to air pollution in a year, with 4.2 million directly attributed to poor outdoor air quality.

Drones have largely become more prominent in their use in solving modern problems. From easy transportation of goods picking up the workload left by the effects of climate change and deforestation, drones hold a lot of potential for innovative strategies to limit the negative impacts on the environment.

So it seems possible for the same easily-maneuvered autonomous vehicle to be utilized as a countermeasure to air pollution.

In response to the state of their air quality, a small group of drones capable of spraying water was deployed into the skies of Bangkok with hopes that the autonomous aircraft could dispense the pollution using a non-hazardous chemical solution.

The drones were deployed above Chatuchak district's Rot Fai Park (also referred to Vachirabenjatas Park), with the drones spraying water 25 meters into the air in groups of six.

According to the Defense Technology Institute, the test ran under an hour and showed some level of success where the air quality rose with 10 micrograms of PM2 diminishing on average for every cubic meter covered.

Due to the favorable results, talks of replicating the test run in other areas of the city experiencing heavy foot traffic were also considered, such as the Phramongkutklao and Veterans General hospitals.

According to Prime Minister Prayut Chan-o-cha, this technique has also been employed in China, where drones have been spraying chemicals to fight against the ever-present haze above one of the world's most severe cases of air pollution. Likewise, the Thailand Prime Minister encourages similar voracity in combatting their own dusty problems.

The Pollution Control Department's Pralong Damrongthai cited three strategies currently in place to act against pollution in a panel discussion on Bangkok's air quality. Aside from the drones, the government would keep a more rigid standard for sources of air pollutants, such as coal-powered power plants and automobiles running on diesel.

As for the drone approach, the viability of the countermeasure, in the long run, is still up in the air. While some parts of Bangkok have already employed a more ground-based approach in shooting water cannons from the top of trucks, the ability of the drones to fulfill their would-be roles would be limited due to the scale at which the drones would have to cover.