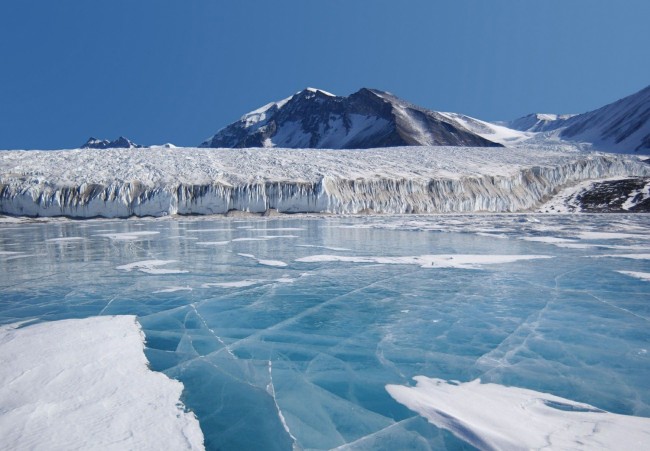 The latest research shows the deepest land canyon on continental Earth has been located in Eastern Antarctica, tucked away under the Denman Glacier.

The new lowest point on Earth plunges 3.5 kilometers under sea level and is approximately 20 km wide. The land beneath this ice stream is nearly as deep as the average depth of the ocean, and eight times more in-depth than the shores of the Dead Sea, which is the lowest detected land on Earth.

Glaciologists at the University of California discovered the canyon as they were analyzing the ice sheet's topography. The research was issued in Nature Geoscience.

BedMachine, a radar instrument, revealed several previously unseen patterns in the valley that could assist scientists explain how melting glaciers would affect the Antarctic ice sheet.

Data gathering goes all the back to 1967, where a team gathered by 19 different research institutes studied a topographical map including a nearly 1.5 million kilometers of radar soundings. The data could tell how the land underneath Antarctica's ice would accelerate, slow down, or even stop the retreat of glaciers.

"There have been many [trials] to [measure] the bed of Denman; [however, each] time [the team] flew over the canyon, they couldn't [locate] it in the radar data," Dr. Mathieu Morlighem told BBC News.

Since the valley is "so deeply entrenched," Morlinghem and his team found it challenging to measure the bed of the glacier due to the echoes within its interior.

"The [hole] is so [rooted] that you get side-echoes from the [valley's surfaces], and [the setup] makes it [unlikely] to [distinguish] the [picture] from the actual bed of the glacier," Morlinghem said.

With the help of BedMachine - which combines information about ice flows and seismic activity - the scientists were able to observe a more detailed version of other trenches in the bed under the Recovery Glaciers, which were actually hundreds of meters deeper than previously thought.

"This [discovery] is [surely] the most accurate [representation] yet of what [sprawls] beneath Antarctica's ice sheet," Marlighem told BBC News.

There are many trenches in the world which is deeper than Denman; however, they all located in the ocean. The Mariana Trench in the western Pacific Ocean, for instance, is the deepest known point on Earth at 11 kilometers.

BedMachine's radar also showed a series of icecaps within the Transantarctic Mountain ranges that run into the Ross Sea. The new research reveals a high ridge sitting beneath the glaciers so that the rim could limit the speed at which they drain if the glaciers start to melt.

Antarctica, since 1992, has lost three trillion tons of ice and is the most exposed to global war, according to a study published today in Nature. Discovering what lies beneath Antarctica's ice sheet is a thing of the utmost importance.

Morlighem hopes that he and his team could they can incorporate sea floor depths to enhance their results even more in the future.