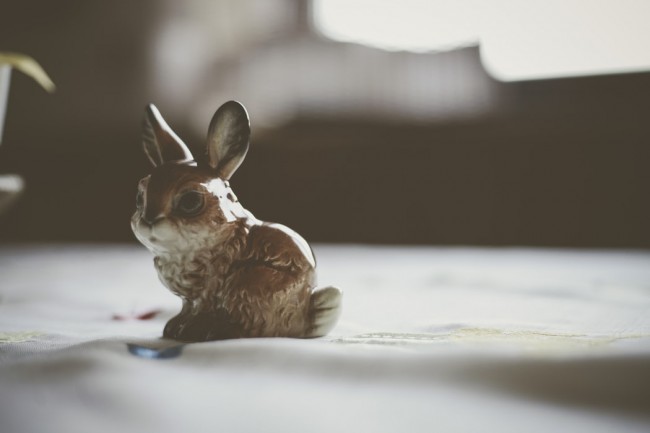 DNA stores nature's information. It's one of the best data storage on Earth and can beat even the most advanced cryptography techniques to date. The sequence of the same molecules of the same number can mark the difference between a banana and a slime mold, which sounds eerily like existing encryption techniques.

This is why computational biologist Yaniv Erlich thought of something that could be considered as a sort of "DNA of Things".

Since DNA can compress a large amount of information, Erlich is among those that have been working on DNA as data storage. One of his recent forays into the field is on how DNA could be integrated into everyday objects. By doing this, Erlich suggests that interconnectivity between gadgets could be brought about not just in how they communicate with each other over wavelengths (an industry favorite called the Internet of Things, or IoT for short), but also in how the information is embedded into the material of the gadgets themselves.

Along with nanoparticles specialist and partner for the project Robert Grass, Erlich went to ETH Zurich to borrow their 3D printer. Grass previously created a method to encase DNA molecules in glass shells and 2013 had developed a way to create silica particles such that when a positive electrical charge came into contact with negatively charged DNA, the silica particle would stick to it. The thin film made it possible for the fragile molecule to survive changes in temperature, pH levels, and UV light, thereby limiting the chance of losing the information encoded.

The 3D figure the duo created using this technique was that of a bunny figurine-the Stanford Bunny, to be exact. As one of the first images students learn to generate in 3D modeling, the bunny was used as both homage and something of an inside joke.

The figurine's polymer matrix was composed of trillions of Grass's microscopic beads, each containing molecules of synthetic DNA, which was encoded with a blueprint of the Stanford Bunny. The figurine itself, then, contained the instructions on how a 3D printer could replicate all the curves and contours of the Stanford Bunny. Cutting off a piece of the figurine, it would be possible to create an exact clone of itself, much like how cells in a body could instruct it to heal and renew itself. Or, as Erlich puts it, like pulling a rabbit out of a rabbit.

Putting theory into practice, Grass's team took a small piece of the original bunny they made and dissolved the plastic and glass away, converted the DNA left into a digital file and uploaded it to a 3D printer to create another replica of the bunny figurine. At the end of it, the researchers created up to five consecutive generations of bunnies without losing any data during the production process, described in detail in Nature Biotechnology.

This groundbreaking study not only demonstrates the use of cloning non-organic material but also redefines the ways data storage could be secured. Aside from storing health records into medical implants, the team also recommends the viability of the DNA of Things as a way to facilitate the development of self-replicating machines. While the tools used in the experiment such as the 3D printer are still either commercially unavailable or significantly expensive, the scalability of the DNA of Things was thoroughly explored by the team and proves to be worth further study.