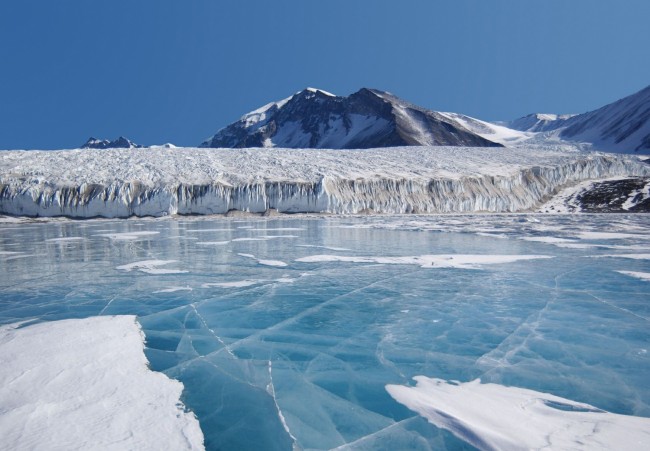 The world's second-largest ice sheet, which is one of the most significant contributors to global sea-level rise, is potentially growing unstable due to the fractures emerging in response to faster ice flow and more melt water building on its surface.

Researchers led by the University of Cambridge made the first drone-based observations of how cracks form under melt waterlakes on the Greenland Ice Sheet through customized drones sturdy enough to withstand the extreme Arctic conditions.

These cracks make catastrophic lake drainage, in which vast quantities of surface water are transferred to the sensitive environment beneath the ice.

The results, published in the Proceedings of the National Academy of Sciences, reveal how the water is transferred and how the ice sheet responds. The researchers found that the melt water expanded the lake and drainage started when the edge of the lake intersected a fracture, which formed one year earlier.

The researchers, while conducting the study from a camp on Store Glacier in northwest Greenland, saw how the cracks became active and how it scattered 500 meters further into the lake - causing the lake to decline rapidly. The team, using multiple drone flights, was able to determine the flow of water into the fracture and the water's subsequent pathway under the ice.

Researchers from Aberystwyth and Lancaster Universities also directly showed in a detailed reconstruction of the event how the melt water causes the formation of new cracks and expansion of dormant fractures.

Five cubic meters of water - the equivalent of 2,000 Olympic-sized swimming pools - drained to the bottom of the ice sheet via the fracture in just five hours, and caused a new cavity to form and decrease the volume of the lake to a third of its original amount.

The drain caused the ice flow to stimulate from a speed of two meters per day to more than five meters per day as surface water transferred to the bed, which then lifts ice sheets by half a meter.

"[We may have] underestimated the [consequences] of these glaciers on the overall instability of the Greenland Ice Sheet," said co-first author Tom Chudley, a student of Scott Polar Research and the team's drone pilot. "It's a rare thing [actually to observe these fast-draining lakes] - we were lucky to be in the right place at the right time," Chudley said.

Dr. Poul Christoffersen, who led the research, said the glaciers are already moving quite fast; hence, the effect of the lakes may not appear to be as dramatic as it is on slower-moving glaciers elsewhere. "The total effect is very significant," said Christoffersen.

"Drone-based [inspections furnish] a lot more [difference] to our understanding of these lake drainages," Christoffersen explained. "We can also [see] the [development] and re-opening of [cracks], which isn't possible from satellites," he added.

The findings reveal that fast-flowing icebergs in Greenland are subject to significant forcing by surface melt water. They also revealed that changes in ice flow happens on much shorter timescales than considered possible so far.