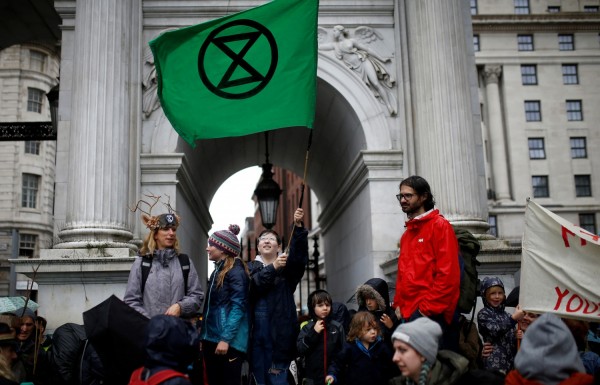 Countries who pledged to limit the climate crisis are not doing enough to meet the goal stated in the 2015 Paris Agreement, according to a new report of the United Nations.

The signatories of the agreement in Paris pledged to reduce carbon emission and halt global warming below two degrees Celsius at the end of the 21st century.

However, according to the 2018 World Meteorological Organization report, the greenhouse gases are at an alarming rate in 2018, and there is no sign of reaching its peak yet. The carbon dioxide levels alone have reached 407.8 parts per million.

This prompted the UN to call for a "rapid and transformational" change because the target will not be hit at this rate.

The G20 countries are not taking this matter more seriously

According to the report, about 78 percent of the total greenhouse gases came from the G20 members. Unfortunately, most of them are visibly absent during the UN Climate Action Summit in September.

Out of the 20 countries, only five members have set a date to reach the net-zero emission, and only two actually created and enforced the goal through new legislation. According to the report, the endeavor of this group will not be efficiently realized.

Once its withdrawal is completed in 2020, the United States will be the only country in the world that will be free from the obligation imposed by the Paris agreement. It is noted that the US is also the highest in per-capita emissions, excluding greenhouse gases from land use, among the G20 countries.

According to Anne Olhoff, the head of the strategy in the UNEP's climate planning and policy division, 2020 UN climate change conference will be a critical year for the agenda as the renegotiation for the commitment will take place here.

Although some G20 members have made some progress, the economic growth and population growth have outweighed it, Olhoff also said.

Olhoff noted that the report has provided some strategies that could lessen emissions, including decarbonizing the transportation system. Although it is expensive, establishing vehicle emission standards and investing in a greener public transportation system are steps forward.

Endowing a monetary punishment on major emitters can also reduce their emissions.

"Pricey but inactions will cost more"

The report also acknowledged that the fundamental structural changes will not be cheap, as it could cost up to $3.6 trillion per year. However, the returns will be worth when compared to the impact of inactions.

The report mentioned that the loss of food security and biodiversity due to the increasing world temperature will have a massive impact on the global economy. Additionally, delaying further action might force global powers in the future to deal with carbon emissions that current technologies and resources could not handle yet.

If we do not want to deal with these serious impact, we need to act now and more seriously, Olhoff stressed.

READ MORE: What Would Happen to the World If We Don't Do Something About the Climate Change?