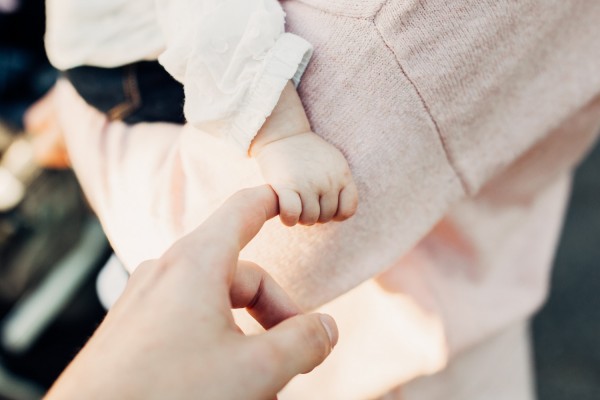 When you heard of the word GMO, the first thing that you will probably think of is food items you find at the grocery store that was modified by scientists to change their appearance or just improved their overall qualities.

However, a recent scientific paper claimed that the same gene-altering method might be able to apply to human embryos ethically within two years.

According to bioethicist Kevin Smith, this method will give hope to parents who want their children to be free from genetically-transmitted diseases.

He also said that from a "utilitarian standpoint", gene-altering is the only "conceivable" way of dealing with these conditions. Some conditions he mentioned are cancer, cardiovascular diseases, and dementia.

And since this practice is generally opposed by the public due to the fear of abusing it, Smith suggested simply delaying the conditions, which can still extend the disease-free lifespan of future individuals.

Yet he still believed that this method would be "ethically justified" within two years, especially since current gene-editing technologies present low risks even if used on human embryos.

The study was criticized by other health experts, mostly pointing out the insufficiency of experimentation to prove its safety.

Joyce Harper of the University College London (UCL) Institute for Women's Health said that while gene editing has used potential, she also wants public debate and lawmakers' interventions to ensure its ethicality.

The director of Progress Educational Trust (PET), Sarah Norcross, said that we should have learned the controversial genome-edited babies introduced by a Chinese scientist last year. She also mentioned the need for "higher scientific and ethical standards" if this practice will strive.

The study was published last week in the journal Bioethics.

Last year, Chinese scientist He Jiankui announced in Youtube that he had successfully created the first genetically modified babies -- twin girls that are immune to HIV -- using the gene-editing tool CRISPR-Cas9.

This resulted in an international outcry. Feng Zhang, one of the inventors of CRISPR, told CNN that nobody, including the scientific community, has expected someone to use the tool on humans. Other scientists were refusing to do this since the technology is still not quite complete and the possible genetic complications on humans in their later years are still unknown.

The Chinese authorities called He, who is also a professor at the Southern University of Science and Technology in Shenzhen, to halt his activities. Fellow Chinese scientists condemn him and called him an insult to the biochemical research in China.

Because of He's practice, the country was also scrutinized due to its previous reputation of favoring innovation too much even if it means setting aside ethical questions.

The Journal Nature Medicine recently published a study that claims genetically modifying embryos would result in a shorter lifespan.

Despite the massive backlash, He defended his project at the Second International Summit on Human Genome Editing held at Hongkong in November last year. According to him, this method had given hope to the parents of the twins, whose father is infected with HIV.

He also announced that he is working on the third genetically modified baby but no further information was given.

READ: It's in the Genes: Study Discovers 79 Forms of Genetic Obesity, More Than Previously Thought