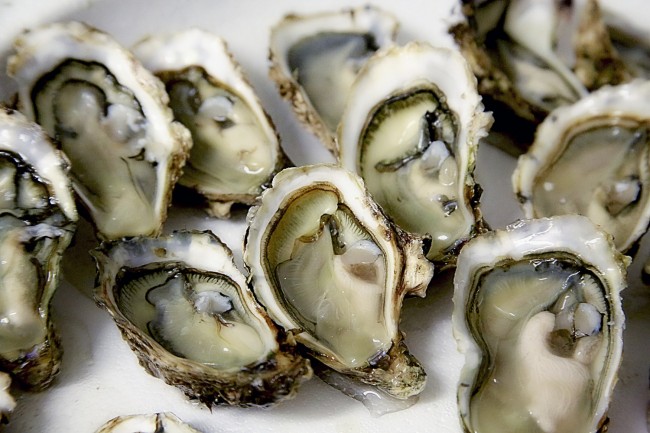 A new study from Portland State University discovered that microplastics are showing up in oysters and razor clams on Oregon Coast. It means these synthetic fibers which make up much of our clothes are making their way into the stomachs of the animals we eat.

The researchers discovered an average of nine microplastic pieces per clam and 11 pieces per oyster. According to Baechler, the microfilaments came from up to 700,000 items of clothing per load of laundry. These scraps, said Baechler, are usually flushed out through greywater and ends up being on the coast.

All 300 pieces Pacific oysters and razor clams, which were collected from all 15 sample sites along Oregon coast during spring and summer 2017, had microplastics.

Spring oysters contained more microplastics than the oysters sampled from the summer, the researchers said. Seasonal precipitation and the type of clothing worn in the spring and summer may have been factors, according to Baechler.

"Both species had microplastics [regardless if its located on a] fairly urban or rural site, estuary or open-coast beach," Granek said. She added her research team still see human footprints on even the most pristine coastlines when they talk about microplastics.

A separate research also discovered trillions of microplastic particles contaminate the San Francisco Bay each year, and researchers are seeing an impact.

Susanne Brander, a professor in the Oregon State University Department of Environmental and Molecular Toxicology who is not part of the research, told "CBS This Morning: Saturday" co-host Michelle Miller, said microplastics get stuck through these shellfish.

Brander expressed her concern over the microplastics getting to the seafood. "People are also ingesting them [microplastics] as they eat the seafood, but researchers still don't have a measurement of what the effects would be," she said.

No scientific consensus on fishers, oyster breeders malpractice in Oregon

Granek said that fisheries and oyster breeders are often blamed for the microplastic problem among seafood because of the fishing gears. However, there is no scientific consensus that this is the problem.

The researcher explained that almost everyone is using plastics regularly. "It's not because fishermen are mishandling their things or are being unclean in their practices - [all of us] are all the cause of [contaminating our seafood]. [Microplastics] are not just in our seafood - that they are in our drinking water, too," Granek stressed.

Additional research still needs to be done, according to Baechler and Granek, to determine the effects the microplastics have on the organisms themselves and the humans who consume them.

PSU also discovered that microplastics could have negative physiological impacts on clams and oysters, such as reproductive and growth impairments on oysters and mollusks.

Granek said marine engineers are developing filters that could be attached to washing machines. However, it's still too early to determine how effective they are at limiting microfibers from releasing into the water and whether they're too costly for the general public.

Oregon Sea Grant supported the team's research, and their findings were published in the journal Limnology and Oceanography Letters.