Alaskans Push to Save US Largest National Forest 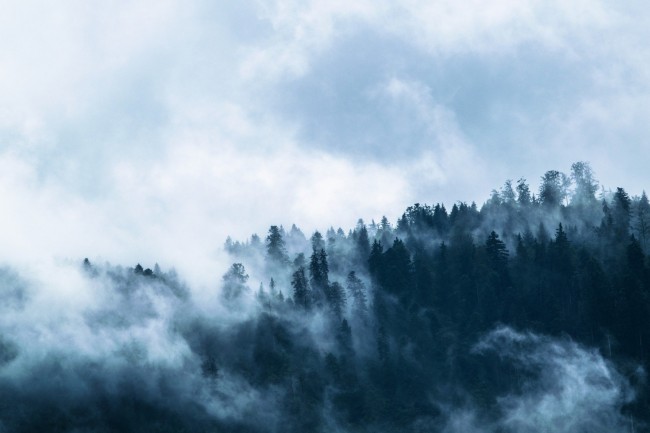 Environmentalists, fishers, and tribal leaders in Alaska will attest before the Congress on Wednesday to save America's most prominent national forest as they fight against the Trump administration's assault on environmental protections.

The Tongass National Forest, one of the world's last intact rainforests which plays a vital part in fighting climate change, is under threat of logging as Alaska seeks immunity from the Roadless Rule, which protects millions of acres of natural forests in the United States.

Tongass is uncommon in its size and biodiversity, with 16 million acres over 500 miles (804.67 km). The forest is home to thousands of green valleys, glacial fjords, islands, and waterways covered by mountains and relaxing forests of hemlock, old-growth cedars, and spruce trees.

The Tongass is considered the "crown jewel" of the national forest system as it seizes vast amounts of carbon dioxide to prevent the greenhouse gasses from entering the atmosphere.

The Roadless Rule, according to the United States Department of Agriculture, restricted the massive cutting of trees in underdeveloped forested regions and considered one of the most supported environmental protections in the United States.

The Clinton administration implemented the Roadless Rule after extensive public consultations. Ninety-six percent of the one million participants in the United States approved the security for unspoiled forests.

Alaska supported the regulation since then. However, the efforts to roll back the protection was repeatedly prevented in Congress and the courts. Without consulting any tribal nations, The Department of Agriculture awarded the state's request for exemptions in August 2018.

The Forest Service (FS) gave Alaska US$2 million in federal funds to help expedite discussions with the government on six potential outcomes ranging from no change to a full exemption.

According to the documents obtained by KTOO, the Alaska Forest Association - a timber industry group - was given at least 10 percent of the funds to aid participation in the process.

Trump Meddles with the Case

Donald Trump has reportedly meddled in Alaska's case. Trump had a private meeting with Alaska Governor Mike Dunleavy on Air Force One. According to the Washington Post, Trump told US Agricultural Secretary Sonny Perdue to grant a full exemption to Alaska.

The draft from Environmental Impact Statement (EIS) said the full exemption opened the doors for the logging industry to bulldoze roads and cut trees over 9-M acres.

Environmentalists raised fears that other states will seek to fast-track similar exceptions without appropriately negotiating communities on the effects that felling trees in forest areas would have.

Blaine Miller-McFeeley, senior legislative representative at the legal not-for-profit Earth justice, told The Guardian that there are signs that other states are observing what would happen with Alaska. The representative said the officials are "blindly following" whatever lobbyists, industry, and corporations want without considering future generations.

The Natural Resources Subcommittee on National Parks, Forests and Public Land (NPFPL) is set to hear the case evidence on the potentially devastating consequences for the Tongass and its people on Wednesday.

Joel Jackson, 63, president of the organized village of Kake, said his tribe has been living in Tongass for thousands of years. "These are our lands, and we depend on the Tongass for food security," he stressed.

Jackson, who will testify on Wednesday, said the tribes are worried and had been observing very carefully at what the government and other stakeholders are trying to do in Alaska.

Lance Preston, 47, a fisherman and board member of the Seafood Producers Cooperative in Sitka, said tourism and commercial fishing -not timber- economically operate in the region.

Various tribes in Alaska were belatedly offered a seat at the table as "cooperating agencies" alongside the state in the review process. The tribes stressed that they were not given any financial support and that their requests for extensions were repeatedly denied.

The tribal leaders, in response, wrote to Governor Perude which condemns the federal government's "rushed and unfair" treatment of the recommended exemption. The leaders said, the move "[depicts the] most controversial and [devastating] assault on our way of life to date."