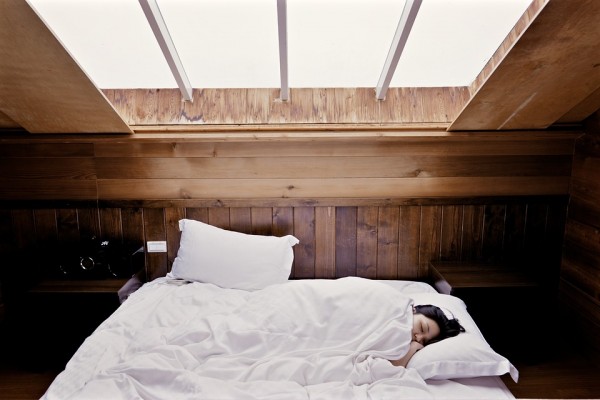 Is it hard for you to fall and stay asleep? Do you wake up too early and could not go back to sleep after? Does the inadequate sleep hinder you from concentrating during the day?

If you answered yes to these questions, then you might be suffering from insomnia. And unfortunately, a recent study reported that insomniacs have a higher risk of heart attack and stroke.

At least half a million Chinese who suffered from insomnia were surveyed by a 10-year long study.

According to the researchers, insomnia increases the risk of developing coronary artery disease by 22 percent, and stroke by 10 percent. The findings already considered other factors like smoking, alcohol consumption and physical activity.

Then, for people who do not experience all of the three key signs, the study also analyzed the risk.

People who get up too early have an increased risk of seven percent, whereas people who have difficulty falling asleep and staying asleep have nine percent.

Those who cannot concentrate during the day because of bad quality of sleep have a way higher risk, with 13 percent.

Moreover, the study also found that the risk is higher on younger adults and people who have no hypertension before the study starts, said Dr. Liming Li of Peking University in Beijing. He also urged future researchers to aim their studies at these groups with the purpose of early detection and interventions.

The study was published in the journal Neurology on Wednesday.

Although this is considered one of the largest studies that aimed to find out the correlation between insomnia and heart disease risk, according to neurologist Dr. Natalia Rost, they still do not understand the correlation.

But previous studies already proved that sleep is important, the Harvard professor and chief of the stroke division at Massachusetts General Hospital in Boston added.

Older studies found out that poor sleep quality could mess up with hormone function and metabolism, and worsens inflammation.

Rost said that it could be the repair of vessels that happened while sleeping. She also suspected that insomnia is just a symptom of a disease that has not yet manifested over the 10-year course of study.

A similar study involving 160,000 respondents was released in 2017. It concluded that people who have sleep disorders have 27 percent more chance to suffer from a heart attack and stroke.

Heart attack, sometimes called coronary occlusion or coronary thrombosis, is a condition where a cardiac artery got blocked and cut the blood flow to the heart. Due to the absence of oxygen, heart muscles die slowly, resulting in chest pain. And the longer it is left untreated, the more permanent damage happens to the heart.

Similarly, a stroke happens when the oxygen supply in the brain got clogged or ruptured. According to the American Stroke Association, it is the fifth cause of death in the United States. It is also the leading cause of disability in the same country.

According to the World Health Organization, cardiovascular disease killed 17.9 million people in 2016. And 85 percent died due to heart attack and stroke.

READ: Dogs can lower the risk of dying from a heart attack and stroke. How? Read it here.