Simple Steps You Can Do to Help Conserve Birds 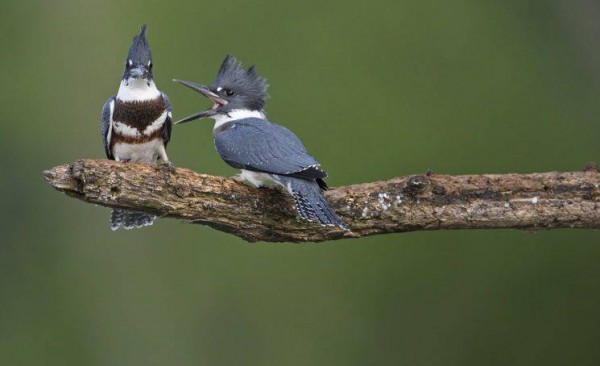 Since the 1970s, the total bird population in the United States and Canada has decreased by one-third. According to American Bird Conservation, this is due to habitat loss, predators, pesticides and accidents like the birds colliding with glass.

Much like other animals, the loss of birds can affect the balance of nature. Among the benefits include pest control, seed dispersal and pollination.

Birds greatly benefit the human, and that's why the experts want you to help conserving them.

And here are some help you can give while at home:

Most windows reflect the sky and trees which confuse birds, and because of that at least 600 million birds die yearly in the United States and Canada due to collision. It is especially bad during migration period, where some people claim they could find 100 to 200 pulverized birds after hitting the window.

Most birds hits skyscrapers and tall buildings in general, but sometimes it also happens on home.

The American Bird Conservancy suggested putting decals on your windows. Their official website claimed that decals do not just protect the birds but also reduce glare and heat, making it a win-win situation for you and the species.

They also suggested other solutions like putting a curtain-like bird crash preventer outside your windows to reduce the collision and minimize the injuries.

Cats, whether domesticated or feral, are predators of birds. According to a report, they caused up to a billion deaths annually. Baby birds are especially vulnerable since they are incapable of running away yet.

For that reason, it is suggested to keep your cats inside the home or put them on leash, especially during hatching season, when baby birds in the backyards are quite abundant.

Many birds land on the ground to look for food. Unfortunately, some homeowners use lawn chemicals to eradicate weeds that they do not want in their garden. As a result, birds get poisoned with it.

For this, avoid lawn chemicals as much as possible. For pest control, you can use natural remedies instead, or let the birds do the job.

Aside from foraging, birds will land on your garden sometimes to take a rest. If your trees are not dangerous, do not cut it down. Birds can shelter on it, and it also provide cool shades in your garden.

If your garden has no trees, you can plant native shrub.

You can also install birdbath where birds can freshen themselves.

Lastly, bird feeders are also highly suggested. You can read this article for foods you can put and how to maintain it.

It is common knowledge that many marine animals like turtles get choke from single-used plastic disposed in the ocean. Unfortunately, the same case is also true among birds. So, join the massive campaign on minimizing, if not completely eradicating, single-use plastic. Throw your garbage responsibly and cover your trash bins so birds or even other feral animals will not forage food on it.