Here is How Dogs Contribute to the Society 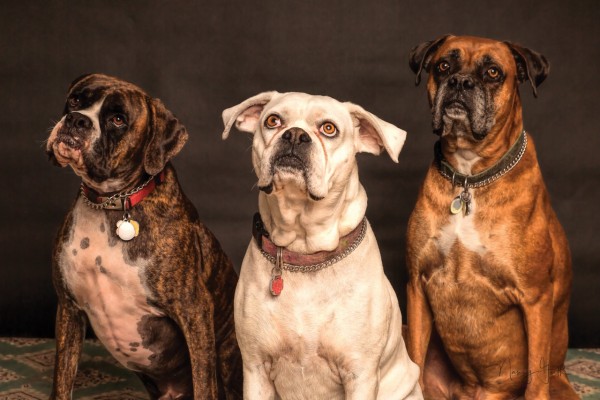 Dogs are popularly known as man's best friends. It might be an old phrase, but it is still true up to this day.

Domesticated dogs are known to be loyal companions. And their companionship is not without benefits. In fact, there are multiple studies claiming they help improve their humans' health. For example, walking your dogs is a form of workout which reduces the risk for stroke and cardiovascular disease.

But the benefits of having dogs as pets do not just end with their owner. They also play huge impact to the society, and here's how:

Dogs have a strong sense of smell, and scientists used that ability to look for endangered species, according to an article published in the Journal of Wildlife Management on the latter-day of October.

The study was looking for a blunt-nosed leopard lizard, an endangered reptile native in the San Joaquin Valley, California.

Scientists trained the dogs to look for the scat--or animal fecal matter--of this elusive species. The scat will allow the scientists to find their natural habitat and make surveying easier.

Over the span of four years, the dogs worked with a success level of 82 percent. The scientists were able to collect 327 samples of scat because of this.

This method is not new, though, as according to the study itself, it was previously done on other animals like San Joaquin kit fox, gray wolves, river otters, and even North Atlantic right whale.

It is not news that dogs are sometimes adopted to guard their human's home. It is also a common practice to train a dog to be a service animal to assist its human with disability.

But here is something new: dogs can also be trained to use alarms and emergency alerts.

Although it is still being tested, Georgia Institute of Technology is developing a technique that allows the dogs to communicate with humans through a wearable device called personal response systems (PERS).

Melody Jackson, the founder of the project, thinks dogs are fast learners. By training them, dogs can use the equipment attached to them when needed, such as when their humans fell down.

Over the six-week period of testing, the dogs triggered the device with 100% accuracy, said Jackson.

3. Keep the peace and order

You've probably heard of K9 dogs. They are the large dogs, usually German shepherd or Labrador, that often come with the police during some criminal crisis like bomb threat or airport inspection.

Their usefulness in crime-solving is so popular that India even has a village dedicated for military dog training.

Unfortunately, much like our other law enforcers, dogs can sometimes sacrifice their safety to maintain peace. One recent example is Conan, who was injured after forcing ISIS leader Abu Bakr al-Baghdadi to blow himself up.