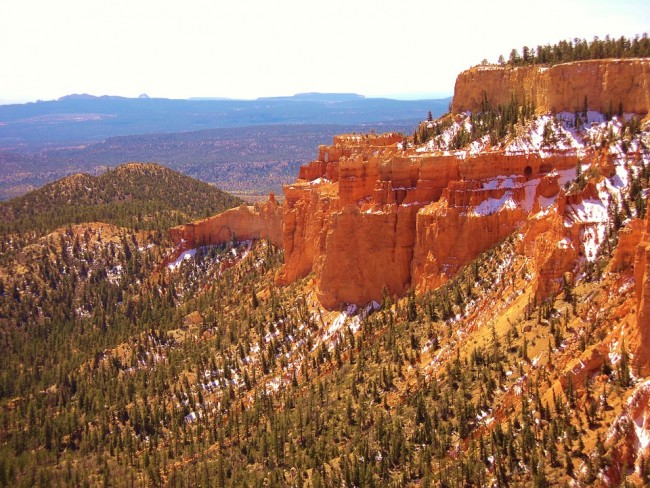 The National Oceanic and Atmospheric Administration noted that parts of the Northern Plains and Midwest experience more humid weather, which is slightly below the average, from December through February.

The agency added that Central California into the Southwest and most parts of Texas would experience above-average temperatures this winter. Northwest to Central Plains and Southeast areas may likewise experience temperatures nearly or slightly above this season.

Todd Crawford, the chief meteorologist at The Weather Company, said it is water temperatures in the Pacific and their influence the atmosphere that contribute a warmer December and colder January and February in the north-central United States. Crawford added the "the Blob" of warmer temperatures in the northeastern Pacific Ocean would cause colder winters from the Northern Plains to the Northeast and milder winters in the West, particularly late in the season.

He said the next solar point might occur next year, which increases the odds of a blocking pattern in the upper levels of the atmosphere. It implies colder winters in the East and warmer ones in the West.

According to NOAA, the forecast will likely change as winter predictions would be unusually complicated this year, given some of the conflicting factors listed above.

Mike Halpert, deputy director of NOAA's Climate Prediction Center, attributed it to having no efficient climate signals for El Niño or La Niña. Signs tend to favor patterns of temperatures and precipitations in North America when these signals are present. Halpert said in a news report by Washington Post that short-term climate patterns such as Arctic Oscillation will stimulate winter and may result in frequent fluctuations in temperature and precipitation without the El Niño or La Niña conditions.

The deputy director added short-term climate patterns usually control the conditions for two to four weeks and are challenging to predict in advance. He said figuring out the total effect on winter is "kind of tricky."

Halper explained NOAA, in the absence of long-term signals, depends heavily on computer model forcasts this 2019. Above-normal precipitation in northern and central parts of the United States was among its consistent predictions, he said.

Halpert said NOAA's weather forecasts for winter usually yield 30 to 35 percent improvement than a random guess. Pecipitation forecasts offer only about half that much gain as seasonal outlooks do not have the same degree of accuracy and reliability as day-to-day weather forecasts, he explained.

NOAA's winter temperature outlook was criticized last year, according to Washington Post, as most temperatures dropped in February in the Plains and Mountain West after mild weather had been expected.