Ireland’s Bees Are Under Threat of Extinction 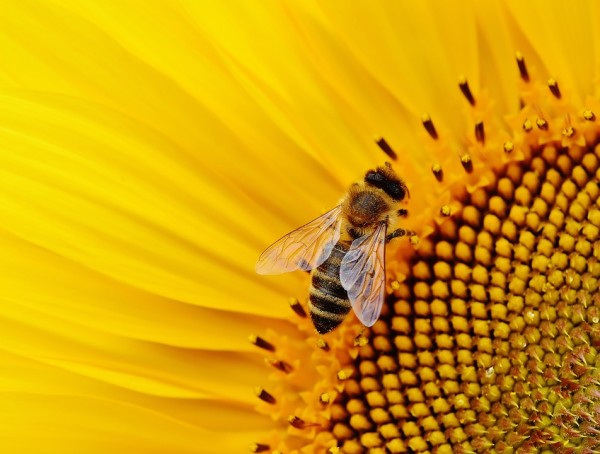 Twenty-one bee species in Northern Ireland are dying at an alarming rate, according to research. It blames the impacts of habitat loss, pollution, disease, and climate change.

The trends, as reported by Buglife, are disturbing, granting the importance of bees as pollinators of wildflowers and crops. The extinction of bees would mean a disastrous impact on food security.

Northern Ireland is a dwelling place to most rare and threatened bee species, aside from the United Kingdom. Wild bees worryingly show among the most severe declines of any pollinators, the study showed.

"Unless urgent action is taken, we are likely to see the extinction of some of these species over the next ten years," said Hart. She added that the solution to limit extinction is to include restoring wildflower-rich habitats and create extra more space for wildlife activities.

The loss of wildflower-rich habitats is likely the reason behind much of the recorded declines. Just as an estimated 85% of all wildflower and flowering crop species depend upon insect pollinators such as bees to reproduce; bees also depend on these flowers to survive.

One example is Barbut's cuckoo-bee. This species has been assessed as being endangered, having declined by 85% since 1980. This dramatic fall in population is thought to be due to loss of nesting and foraging habitat.

The report says there has been a steady decline to the abundance of pollinators, including hoverflies, moths, butterflies, and bees. Three out of 25 bumblebee species in the United Kingdom are now extinct. Two-third of the moths' population and more than 70 percent of the butterfly populace are also declining.

Insects are known to be the primary pollinators of the world. Bees are more efficient in pollinating plants and other food crops, according to Earth Unplugged's Maddie Moate. Wind pollination is possible to some crops; however, the rate is prolonged. Human beings will not be able to eat fruits and vegetables that are dependent on pollination, which will eventually lead to starvation.

Herbivores that depend on specific plant species will be affected. Most cattle used for milk and meat depend on insect pollination; hence, it would lead to a decrease in milk production and will seriously affect the human diet. Tertiary carnivores would suffer immediately if the herbivore population declines due to bee extinction. The scavengers will then be the only beneficiaries in the situation.

Less food crop production would mean worldwide famine. Fewer trees for water retention would occur as freshwater will start drying up. Humans will die of thirst and starvation due to scarcity of water and food.

Probably, it may be the end of humanity unless scientists will develop robotic bees to pollinate the flowers and other crops. Humans will never taste the fruits and vegetables, nuts, seeds, and forage for the livestock again if food crop production hasn't been solved.

There is no preferred time other than now to start mitigating the effects people have had on nature. The first step is educating individuals on the issue and how they can give solutions.

This undertaking will require the cooperation of the majority of the world's 7.1 billion occupants. Human beings should not be unmindful or unresponsive with regard to the health of the planet.