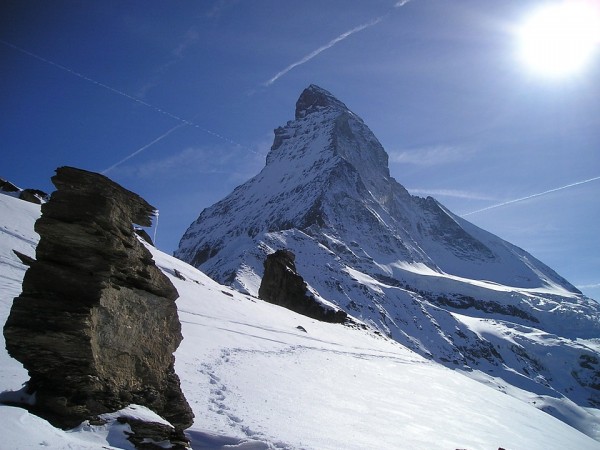 Glaciers in Switzerland have been shrunken to 10% in the past five years, according to new research. It is a rate that has never been seen before in over a century of observations.

The summer heatwave this year was attributed to the considerable losses in ice volume in the country, reports the Cryospheric Commission (CC) of the Swiss Academy of Sciences. Glaciers worldwide are melting due to climate change, and this latest research shows the extent of the problem in Switzerland.

Scientists from the CC measured 20 glaciers in the country and found that about two percent of Switzerland's total glacier volume over the past 12 months has been melted, according to a statement from the organization.

The commission noted that around two percent of Switzerland's total glacier volume had gradually reduced over the past 12 months. They likewise said that the glacial loss over the past five years exceeded around 10 percent.

Initial signs for this year followed after glacier snow caps were measured at 20 to 40 percent higher than usual in April and May, with a depth of six meters in several places in the country as late as June. It followed a very cold January with lots of precipitation.

However, it began melting, which dramatically accelerated in two weeks of intensified heat towards the end of June and early July. The thick layer of snow quickly went on and continued melting into early September. The researchers added that the snow melted rapidly that many places in the country became snow‑free just slightly later than usual.

The commission reported that the amount of melted snow and ice on Swiss glaciers was equivalent to Switzerland's total yearly consumption of potable drinking water. CC added that the melting indicates 'a rate of decline never previously observed in the time series extending back for more than a century.'

Melting was particularly severe in eastern Switzerland and the northern side of the Alps, according to the research, while the southern Gotthard region lost less glacier volume.

More than 500 Swiss glaciers have been wasted since 1900, and 2019 noticed that the Pizol glacier was eliminated from the country's glacier monitoring network. The Glarus Alps likewise lost most of its volume since 2006, according to researchers from the ETH Zurich University.

The researchers from the ETH Zurich University underscored that more than 90 percent of the glaciers throughout the Swiss Alps could disappear by the end of this century if greenhouse gas emissions are not reduced.

Most ice caps and glaciers in the United States, Central Europe, and Western Canada will continue to vanish during the second half of this century if the current rates of ice loss would still continue, according to a report.

A research letter published in the Nature journal showed that more than 9,000 billion tons of ice glaciers have melted between 1961 and 2016. Lead author Michael Zemp said it amounted to almost 100 feet thick, or the equivalent size of the United States.