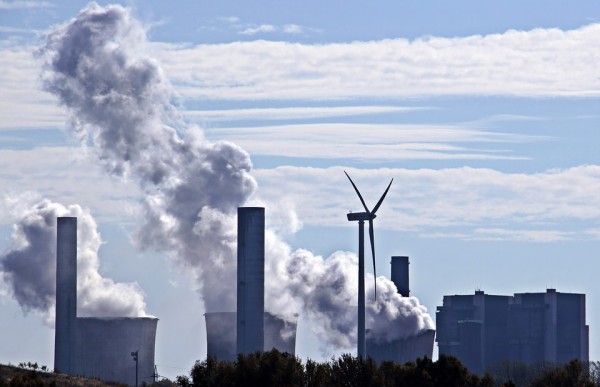 Specialists have discovered that breathing polluted air doesn't just make you feel weak - it could likewise make you more hostile.

A research group from Colorado State University (CSU) discovered clear connections between exposure to air pollution and violent behaviors in the U.S. region.

The outcomes were obtained from the Federal Bureau of Investigation (FBI) crime insights and an eight-year map of U.S. air pollution.

The study, whose lead author is Jesse Burkhardt, an assistant professor in the Department of Agricultural and Resource Economics, will be published in the Journal of Environmental Economics and Management.

Eighty-three percent of "violent" crimes by the FBI are categorized as assaults in crime databases.

The ten microgram-per-cubic meter increment, which was adopted by the researchers, in the same-day exposure to PM2.5 is related to a 1.4% increase in brutal wrongdoings, which is nearly all determined by assaults.

The results likewise show that a 0.01 parts-per-million increment in same-day exposure to air pollution is related to a 0.97% increase in atrocious crimes or a 1.15% increase in assaults.

Air pollution measures had no statistically significant impact on other crimes - be it physical or verbal assaults. Co-author Jude Bayham said in a news report released by Colorado State University.

Bayham added that a person becomes marginally more hostile when he or she is exposed to more pollution, including those fights that should not have escalated.

There were no cases on the mechanical, physiological relationship of how a person turns out to be more hostile when he or she becomes exposed to pollution, the research said. However, the results demonstrated a solid correlative connection between such ill acts and air pollution levels.

The researchers were mindful in addressing other potential interpretations, including the variables such as the climate, heat waves, precipitation, or country-specific factors.

Another paper in Epidemiology created by Jesse Berman at the University of Minnesota, along with co-creators at CSU, utilized EPA contamination screen databases and distinctive measurable methods and reached comparative resolutions.

The material that enabled the group to overlay crime information with pollution information was initially used in a joint effort with CSU disease transmission specialist Sheryl Magazmen. The material has been used to examine health impacts from air contamination, said by  Jeff Pierce, an associate educator in the Department of Atmospheric Science and a Monfort Professor.

According to Pierce, domestic violent crime increases quite significantly when a person is more exposed to air pollution than those who are exposed to healthier air quality.

The authors remain interested in analyzing the connections among pollution and cognitive results, Burkhardt said.

They are likewise working with a huge online chess game to decide whether increased exposure to air contamination corresponds with awful game execution.