A fast food restaurant, also known as a quick service restaurant, is a type of food outlet that provides people with something to eat in a minimal amount of time.

This kind of restaurant is truly a great help for people who are always on the go, but as the popularity of these chains continue to grow, its environmental impact is also not a matter to dismiss.

In the following slides are food chains that are considered to be giants in the industry and their programs and policies in reducing their negative impact to the environment. (Photo:Justin Sullivan/Getty Images) 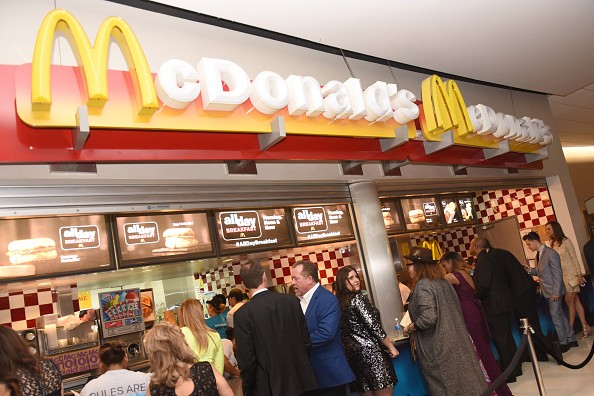 McDonald's is the largest food chain in the world with more than 36,000 outlets serving around 68 million customers a day across 119 different countries.

WASTE MANAGEMENT: McDonald's has a strict policy in reusing, reducing and recycling their waste. The company has devised waste diversion plans focused on minimizing and recycling waste materials, including used cooking oil and corrugate or cardboard for secondary use.

CARBON EMISSION: According to McDonald's, their company’s carbon emissions come mostly to their supply chain, about 71 percent of their total carbon footprint, while their restaurant operations and offices encompasses the remaining 29 percent of their carbon footprint. To reduce their carbon emission, McDonald's urges their suppliers to foster their use of the McDonald’s Environmental Scorecard. They also strictly impose strict equipment decisions, building standards and operational practices. (Photo:Vivien Killilea/Getty Images) 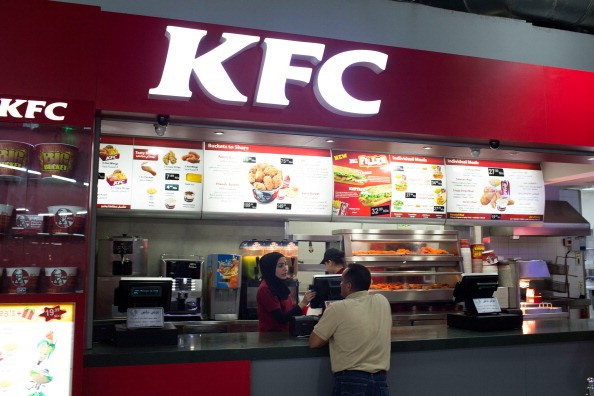 Kentucky Fried Chicken--better known as KFC--is the second largest restaurant chain in the world with more than 18,000 outlets across 118 countries and territories.

WASTE MANAGEMENT: KFC employs an on-site waste management during the construction of a new restaurant, reducing waste sent to landfill by 5 percent. The company also uses materials that are recycled or from sustainable resources for their food packaging.

ENERGY CONSUMPTION: KFC reduces their energy consumption by monitoring and upgrading their equipment. The company is also utilizing green technologies, such as LED lighting and electronic energy management.

CARBON EMISSION: This company, with the famous Col. Sanders as logo, constantly strives to reduce their carbon footprint by training their employees and investing in resource-efficient technologies. (Photo: Ilia Yefimovich/Getty Images)

Subway is a fast food restaurant franchise specializing in submarine sandwiches and salads. The company has more than 44,000 restaurants in 111 countries.

WASTE MANAGEMENT: Subway’s waste reduction policy focuses on recycling and composting. The restaurant said they are composting all their food waste. They have also worked with their suppliers in order to optimize the packaging for their products to reduce their waste streams.

CARBON EMISSION: In order to reduce their carbon emission, Subway developed ECO-restaurants that feature a non-smoking environment, outside air monitoring of carbon dioxide and furniture made without ozone-depleting substances. (Photo:Joe Raedle/Getty Images) 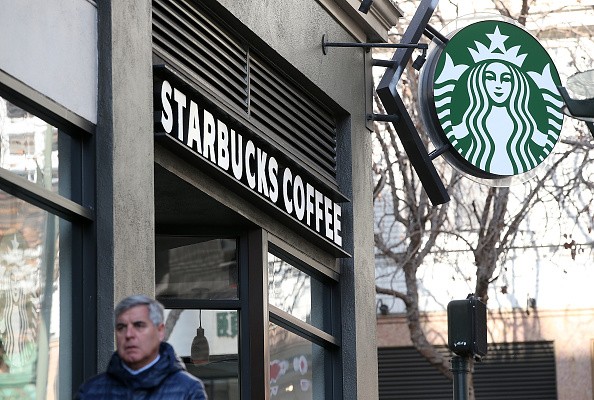 Starbucks is a restaurant chain that focuses on coffee products. Worldwide, it has over 23,000 stores.

WASTE MANAGEMENT: According to Starbucks, most of their recycling efforts can’t be noticed by customers because all of it happens behind the counter or in the backroom. The company partnered with non-governmental organizations, policy makers, competitors, industry associations and others to bring solutions to scale and tackle waste reduction. As part of their waste reduction strategy, Starbucks have been offering discounts to customers who bring their own personal tumblers since 1985.

ENERGY CONSUMPTION: About 4,000 Starbucks stores have been installed with Energy Management System that optimizes heating and cooling enabling the management to find opportunities for savings. Equipment are also optimized and energy-saving lights are also put in their stores. The company, with its famous mermaid logo, also invests in purchasing renewable energy to be used for their daily operations.

CARBON EMISSION: Starbucks formed partnerships with many organizations to help reduce their carbon emission. According to the company, about 80 percent of their greenhouse gases were attributed to the daily operations of their store, offices and manufacturing plants. Starbucks is also one of the founding members of Business for Innovative Climate and Energy Policy. (Photo:Justin Sullivan/Getty Images) 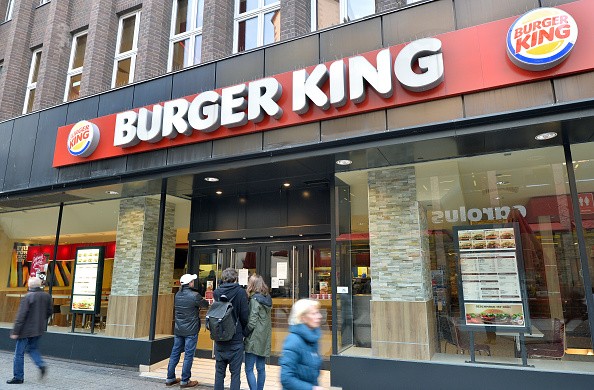 Burger King is an American global chain of fast food restaurants specializing in hamburgers, and has over 13,000 outlets in 79 countries.

WASTE MANAGEMENT: According to the company, all of Burger King’s packaging is made under strict specifications. The ink used in their packaging is proven to be non-toxic. Burger King also developed a kid’s cold cup from recycled contents. They also boast that their new bags for the kids meal are made from 100 percent recycled materials. They have also purchased over 32,000 tons of recycled paper packaging every year.

CARBON EMISSION: Burger King has tested a catalytic converter that when installed over the broilers can reduce volatile organic compounds and particulate matter production by more than 80 percent. All new international outlets of Burger King are mandated to install catalytic converter. (Photo:Thomas Lohnes/Getty Images)
Join the Conversation
most popular